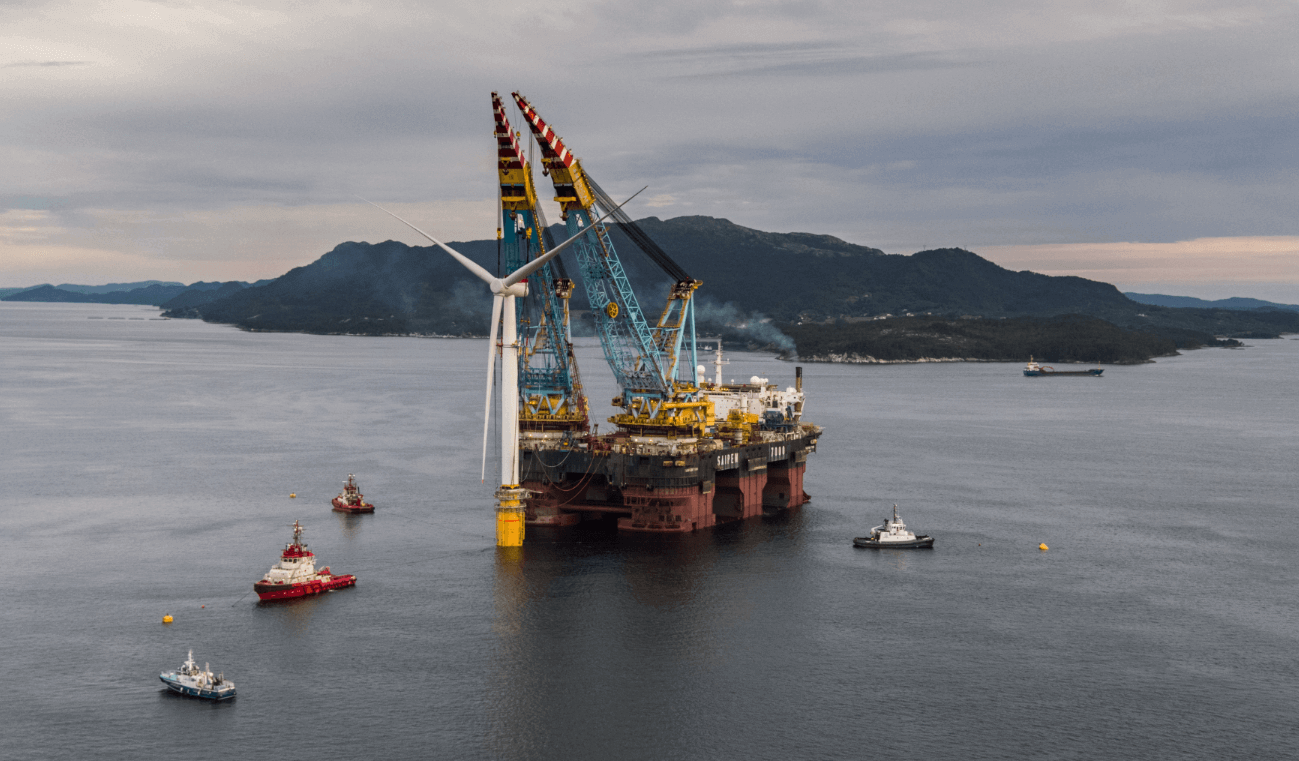 According to the company, the floating wind project will be located 25 kilometers off the coast of Peterhead in Aberdeenshire, Scotland, at water depths between 90 meters and 120 meters.

“Siemens Gamesa views the floating wind farm market area the same way as we did with offshore wind farms in the early beginning: It is a very interesting area that is initially a niche market. This niche may, however, develop over time into a large market. It is a niche in which we would like to build a strong position for this reason,” says Michael Hannibal, CEO of offshore at Siemens Gamesa Renewable Energy.

As reported, the floating foundations in the Hywind project are ballast-stabilized and anchored to the seabed with mooring lines. Siemens Gamesa says its large direct-drive wind turbines are particularly suited for floating foundations because of their lightweight nacelles.

During this time, Siemens Gamesa says it gathered experience on the specific requirements regarding the control parameters on a moving wind turbine under offshore conditions. For the floating installation, the technicians developed new controller algorithms for rotor pitch and yaw drive regulation.

According to Siemens Gamesa, the most important success factor for the future of floating wind turbines surrounds concepts that are cost-competitive (LCoE) with bottom fixed foundations.

In the Scottish pilot project, Siemens Gamesa and Statoil have been working closely to develop a concept for commercial and large-scale offshore wind parks that is cost-efficient and with low risk.

“In Siemens Gamesa, we don’t expect significant challenges in developing a working concept for floating foundations. But concepts need to be more cost-competitive with bottom fixed foundations to develop into a bigger market,” says Michael Hannibal, CEO of offshore at Siemens Gamesa.

Commissioning of the Hywind project is planned for the fourth quarter.

Siemens Gamesa notes that the majority of operating floating wind farms are currently located in Europe – yet California, Hawaii, Japan and Taiwan are attractive geographies for floating wind power turbines in the future.