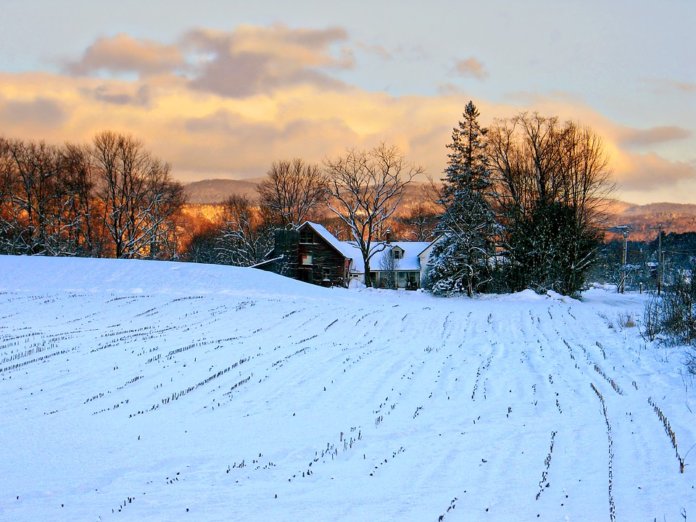 The comprehensive report details power system needs for the next 10 years, through 2026, how these needs can be addressed, and the continuing transformation of the regional grid, including the rise of renewables.

RSP17 highlights include the following:

Long-term load forecast: With growing levels of solar PV and energy-efficiency resources, the 10-year forecast of demand shows total annual use of electric energy declining by 0.6% per year, with the summer peak declining 0.1% annually by 2026 under normal weather conditions. Without PV and EE, the baseline forecast shows that annual energy consumption would grow by 0.9% annually, and peak demand would grow by 1.0%.

Wind: New England currently has 1,300 MW of installed wind facilities, and about 5,400 MW more have been proposed as of April 2017. Most of the wind projects constructed or under consideration are in remote areas of the region where the wind conditions are good but where the transmission network was built to serve low levels of area load and is currently at its performance limit. The report says these conditions have led to a backlog of projects in northern and western Maine, given the need for wind developers to build costly transmission upgrades to connect their projects to the regional grid. The ISO has developed and filed with the Federal Energy Regulatory Commission a set of revisions to the interconnection procedures aimed at resolving this backlog by allowing project developers to share the costs of upgrades. Further, as the amount of wind generation grows, operational forecasts and dispatch control of this variable energy resource take on increasing importance, the report adds.

Solar: PV resources totaled 1,918 MW nameplate capacity (referring to the total amount a resource could produce running at 100% of its capability) by the end of 2016. ISO New England’s multistate forecast of PV growth projects that by the end of 2026, PV will grow to 4,733 MW in nameplate capacity and produce about 6,200 GWh of energy that year. PV resources are estimated to reduce summer peak loads by 575 MW in 2017, with that number climbing to 1,035 MW in 2026. However, the report notes the growth of behind-the-meter resources, which the ISO cannot observe or dispatch in real-time, continues to add complexity to system operations.

Battery storage and advanced technologies: Energy storage technology is developing rapidly, with increasing levels of participation in the wholesale markets expected over the next decade as the technology’s costs decline. The region’s first grid-scale battery system, a 16 MW facility at Yarmouth Station in Maine, was placed online in 2016. The ISO continues identifying and addressing other issues to prepare for the large-scale development of energy storage and other advanced technologies.

Capacity resources: The eleventh Forward Capacity Market auction (FCA #11), held in February 2017, procured sufficient resources to meet resource adequacy criteria through 2021, with about 264 MW of new generation and 640 MW of new demand-side resources. These numbers include 515 MW of new energy efficiency, 6 MW of new wind and 5 MW of new solar.

Generator retirements and resource development: From 2010 to summer 2020, power plant retirements will total approximately 4,800 MW. The report notes that older oil- and coal-fired and nuclear generators are at risk of retirement due to economic and environmental pressures, and these retiring resources are likely to be replaced by natural-gas-fired power plants and renewable energy resources such as wind and solar. Further, as of April 2017, about 12,899 MW of resources had applied to connect to the region’s high-voltage power system though, historically, the interconnection queue has had an attrition rate of 68% of the megawatts proposed. The most reliable and economic place for resource development remains in southern New England near load centers.

Fuel-security concerns: Although the region is projected to have sufficient resources to meet capacity requirements and adequate transmission facilities to meet reliability criteria, fuel security remains a primary issue the region must resolve to meet its energy-supply needs. The limited availability of the natural gas transportation infrastructure to supply gas to generating units can present fuel-security risks to the region, especially during winter operating conditions, even as the use of natural gas as a primary fuel for generating units is projected to grow. The ISO is conducting an operational fuel-security analysis to quantify the region’s risk and the results will be discussed with stakeholders in 2018.

Transmission upgrades: From 2002 through June 2017, 730 transmission projects to address reliability needs were put into service in the six New England states. These projects represent an $8.4 billion investment in new infrastructure that improves system reliability and reduces costly congestion on the high-voltage transmission system.

Inter-regional planning: The ISO participates in national and inter-regional planning activities, developing coordinated system plans with other regions. Particularly close coordination continues with the New York ISO and PJM, the system operator for all or parts of 13 states and the District of Columbia in the mid-Atlantic region.

“The Regional System Plan continues to be an important informational resource for the region,” says Gordon van Welie, president and CEO of ISO New England Inc. “New England’s energy system is in the midst of a major evolution toward a cleaner, hybrid grid, which will include renewable technologies such as wind and solar, and conservation measures such as energy-efficiency, as well as traditional resources, such as natural-gas-fired generation. ISO New England looks forward to working with stakeholders to address the changing state of the system and plans for addressing future issues as the system continues to evolve.”

The 2017 RSP is available on ISO New England’s website.