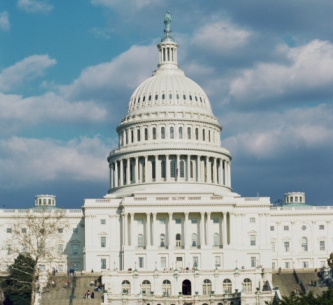 Hopes that a near-term extension of the production tax credit (PTC) for wind power would be included in legislation to extend the payroll tax cuts through the remainder of this year are nearly extinguished, as NAW has learned that congressional leaders have reached a tentative framework agreement on the payroll tax cut – but it does not contain a PTC extension.

A House-Senate conference committee is expected to approve the deal, which will then go to the House and Senate as soon as today. Sources, who wished to remain anonymous, told NAW that both legislative bodies are expected to quickly sign the measure before congressional leaders depart for the President's Day recess that begins Feb. 20.

The omnibus bill extends the payroll-tax holiday and unemployment insurance through the end of the year and allows doctors to fully claim Medicare reimbursements – a measure that addresses the so-called "doc-fix." Those provisions would be paid for with reductions elsewhere in the budget.

However, the bill does not include tax extenders such as the PTC, which, for wind power, expires at the end of this year.

The conference committee, which comprises party leaders and representatives from the House Ways and Means Committee and the Senate Finance Committee, had been meeting for more than two weeks to reconcile the key components of a payroll tax extension, which expires Feb. 29.

According to sources familiar with the negotiations, Democrats attempted to include the PTC in the negotiations, but talks broke down when Republicans tried to get Democrats to soften their stance on reducing hazardous air pollutant emissions from existing and new boilers and commercial and industrial solid-waste incinerators.

According to Maisano, it was shortsighted to hold up the PTC extension in exchange for clean-air regulations that are likely to change anyway.

‘The [Environmental Protection Agency] admits that Boiler MACT needs to be delayed, and the Senate has a bipartisan push to do just that,’ he says. ‘The PTC is hugely important to wind developers, and it should have been included.’

The news dealt a crushing blow to the American Wind Energy Association (AWEA), which had hoped that near-term legislative action connected to extending the payroll tax cut was the best vehicle to quickly pass the PTC extension.

According to AWEA, PTC action is urgent, because once the presidential campaign begins in earnest, the focus will be on campaigning, rather than on legislative matters.

Now that a near-term strategy is severely weakened, the wind industry must look to other ways that a PTC extension could be passed this year, such as in a lame-duck Congress following the November general election.

‘There are a number of options, and nothing is final yet,’ he told NAW, noting that a bipartisan group in Congress is continuing to provide leadership in extending the PTC for wind energy.

Several options are under discussion, Kelley said, and both Democrat and Republican congressional leaders are working on legislation.

However, ‘It's too soon to say what they'll come up with," he added. "They're looking at every opportunity to get this done in the first quarter, because they realize the urgency of keeping the tens of thousands of U.S. manufacturing jobs that are on the line."

In an interview with NAW last month, AWEA's vice president of public policy, Robert Gramlich, said that any fallback position would be far less effective.

‘History shows us that it is hard to move policy in the summer and fall of an election year,’ he said.