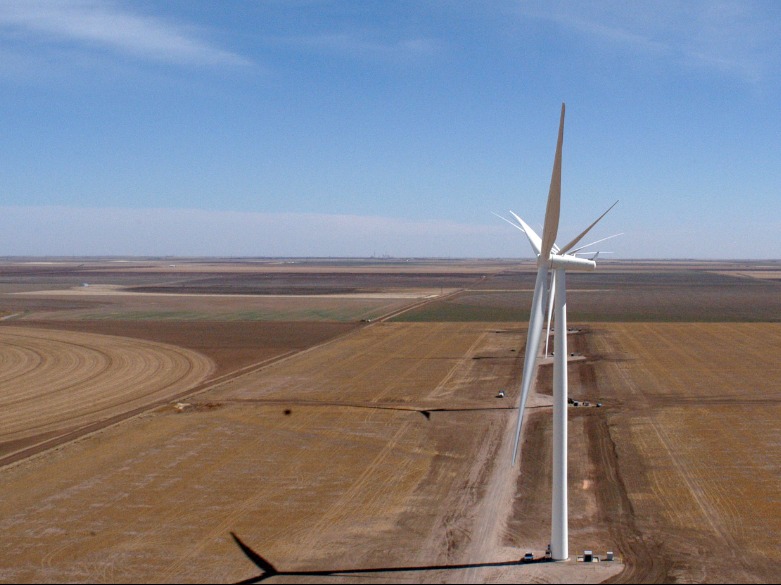 The Pantex Renewable Energy Project (PREP), a wind farm in the Texas Panhandle generating power for the Pantex Plant, has exceeded expectations by generating more than 43 million kWh of energy and producing more than 63% of the plant’s needs within the first 10 months of operation.

According to a release from Pantex, construction began on PREP back in 2013 under an energy savings performance contract. The five turbines, each 442 feet tall, were built on 1,500 acres of federal land adjacent to the main plant. Pantex asserts that PREP was designed to generate more than 47 million kWh of electricity annually, which is enough to power nearly 3,500 homes.

To date, PREP has produced more than 73 million kWh. The project is also estimated to reduce carbon dioxide emissions by over 35,000 metric tons per year – the equivalent of removing 7,200 cars from the road or planting 850,000 trees annually.

According to the release, the wind farm plays a key role in helping achieve President Obama’s goal of obtaining 25% of electricity from renewable resources by 2025.

“The economic impact above and beyond the kilowatt-hour production savings that often gets overlooked is the renewable energy credits (RECs) that are generated by this wind farm,” says Joe Papp, Pantex’s senior director of engineering. “Pantex exceeds this goal as well and is able to provide excess to the Pantex sister site Y-12 enabling them to meet this goal as well.”