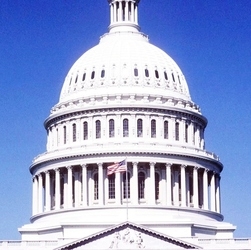 Washington lawmakers transcended partisan posturing late last week to ink a compromise spending bill for 2011 that prevented a shutdown of the federal government. The ensuing sense of relief, however, may be fleeting.

Friday's deal is just the first volley in what will likely be a spirited and contentious matchup between congressional leaders and the Obama administration as the 2012 budget season heats up. For the wind industry, major incentive programs are at stake, further rattling a marketplace that has been battered over the last 18 months.

During the American Wind Energy Association's (AWEA) Wind Power Finance & Investment Workshop, held Friday in New York, the experts on hand did highlight one promising fact: Many of the new House Republicans have pedigrees in business, rather than the resumes of career politicians. In turn, these legislators understand that predictable policies and regulatory certainty are critically important to long-term stability. The Obama administration also falls into this camp.

However, this understanding may take the wind industry only so far. First of all, the wildly popular Treasury cash-grant program is set to expire at the end of this year, and the prospects for an extension of this successful stimulus measure are not strong.

‘It will be very tough,’ said Greg Wetstone, vice president of government affairs at Terra-Gen Power. ‘I would be surprised to get another year.’

Jon Chase, vice president of government relations for Vestas – American Wind Technology, agreed, noting that the battle for a cash-grant extension in 2010 was extremely hard-fought. Waging a similar battle this year would likely be fruitless.

Therefore, the industry's focus will probably center on netting long-term support for the production tax credit (PTC), which is scheduled to expire at the end of 2012.

Rob Gramlich, AWEA's senior vice president of public policy, said another extension of the PTC ‘looks promising.’ He explained that today's fiscal conservatives in Congress are mainly taking aim at cutting government spending and that ‘tax credits are very different from government spending.’

Still, Chase noted that even the PTC might not be safe if the 2012 budget debates get nasty.

‘All the credits out there are going to be looked at very closely,’ he remarked. ‘Everything is going to be on the table.’