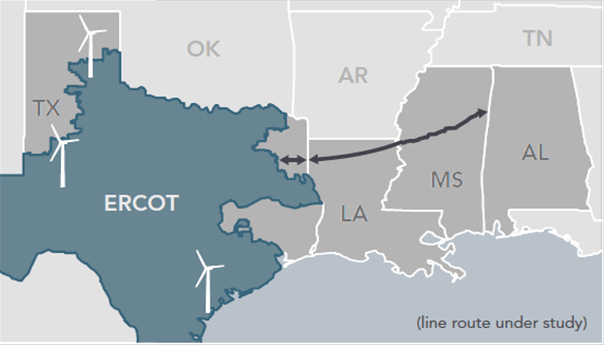 Pattern Development has filed a siting certificate with the Mississippi Public Service Commission (MPSC) for the Southern Cross Transmission project, which would bring Texas wind to the Southeast U.S.

The project is an approximately 500 kV, high-voltage direct-current (HVDC) transmission line with a base load capacity of 2 GW (delivered in either direction after losses and before overloads) that will link abundant wind energy in Texas to the transmission grid and customers in the Southeast.

Pattern’s petition with the MPSC includes the designation of a preferred route for the commission’s consideration. The preferred route would cross the Mississippi River in Issaquena County and continue eastward through Washington, Sharkey, Humphreys, Holmes, Carroll, Montgomery, Choctaw, Oktibbeha, Clay and Monroe counties before terminating at a converter station to be built in Lowndes County. Pattern notes that landowners on the route will receive notice by letter in the coming weeks.

“The Southern Cross Transmission project will have a significant impact on our county tax revenues,” remarks Bill Newsom, president of the Sharkey Board of Supervisors. “We were pleased to have been able to work with company officials well in advance of today’s filing and look forward to continuing our partnership into the future.”

In the filing, the MPSC is being asked to approve a Certificate of Public Convenience and Necessity (i.e., a siting certificate). The commission will examine the project over the coming months and is expected to issue its order once that review has been completed, says Pattern.

“Reaching this major milestone is the result of several years of work to identify the optimal placement of the line through a combination of science; engineering; and engaging with landowners, farmers, foresters and each of the municipalities in the towns and counties along the route,” states Mike Garland, CEO of Pattern Development. “The Southern Cross project will be one of the nation’s first overhead HVDC transmission lines constructed in nearly two decades – and all of the capital investment required for the project is being provided by private investors.

“It is the only project to connect low-cost renewable energy in Texas to the Southeast while also creating jobs and generating strong economic benefits in both the southern states and Texas,” Garland continues. “In addition, it will provide significant reliability and economic benefits by connecting two robust systems. We are now in discussions with parties interested in buying the low-cost clean power this project will deliver.”

Pattern expects the project to start construction in 2018 and begin delivering power in 2021. The developer anticipates project employment during the peak of construction to exceed 650 jobs, and the project will hire locally whenever possible. Pattern says it has held vendor fairs in Louisiana and Mississippi to identify local vendors and contractors interested in participating.

A recent study outlining the potential economic benefits of Southern Cross can be found here. 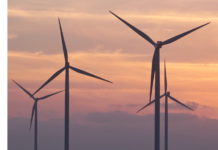 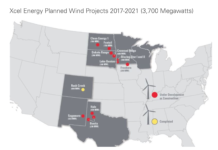 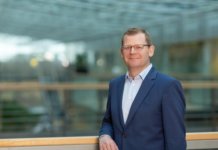