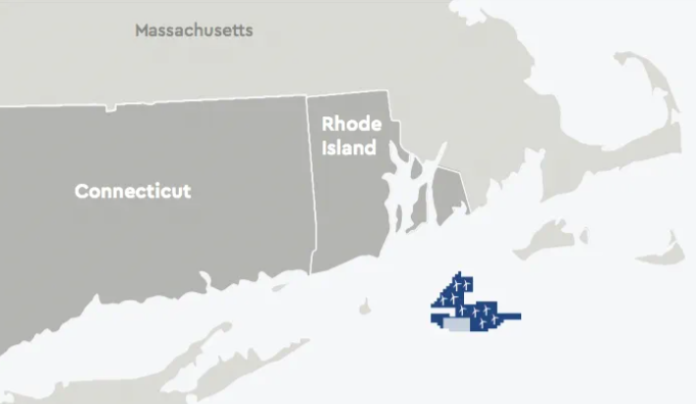 Offshore wind will play an important role in meeting Connecticut’s clean energy goals and in curbing the effects of climate change that are changing ocean environments and threatening marine habitats. To better understand how offshore wind can be built responsibly and in concert with nature, Ørsted and Eversource are supporting research on how impacts of offshore wind on marine mammals can be minimized. The research will provide valuable data to scientists studying the impacts of the climate crisis, as well as educate the public on the solutions to these challenges.

Through this partnership, aquarium scientists will conduct several studies related to marine mammals and sea turtles, including investigation of the occurrence of marine mammal strandings before and after construction and operation phases of Ørsted and Eversource’s three offshore wind farms: South Fork Wind, Revolution Wind and Sunrise Wind. It includes development of biomarker technology to assess the physiological response to offshore wind power systems and to conduct long-term health monitoring as well as the tagging and tracking of seals and sea turtles in relation to offshore wind development and operation. In addition, the scientists will further the development of non-invasive sample collection for health monitoring. They will investigate the utility of environmental DNA (eDNA), such as through water samples, to detect the presence of sea turtles and seals.

“Offshore wind energy will play a significant role in fighting climate change, which is one of the biggest threats to the health of marine ecosystems,” says Katie Cubina, acting president and CEO of Mystic Aquarium. “We absolutely need the benefits of renewable offshore wind energy to help stem environmental damage caused by fossil fuels, but we also need to ensure that wind turbines are installed and operated in a responsible manner that minimizes negative impacts on the marine ecosystem.”

The research partnership with Ørsted and Eversource also will provide additional content for the aquarium’s Ocean Solutions gallery, which focuses on the role of oceans in helping to solve the global biodiversity and climate crises through the establishment of marine protected areas and the responsible use of renewable ocean energy.

“This gallery educates students, educators, and the public about renewable ocean energy and introduces young people to blue economy careers,” Cubina adds. “Expanding the exhibit to engage people in the research necessary to ensure that the offshore wind industry is proceeding with the best available science to do so sustainably is really key to our mission.”

Mystic Aquarium is ideally suited to investigate the relationship between marine life and offshore wind energy infrastructure, given its ability to compare animals under its care to those in the wild that become stranded and are rehabilitated by its Animal Rescue Program.

The aquarium’s rescue team responds to reports of stranded and distressed marine mammals and sea turtles over 1,000 miles of coastline in Connecticut, Rhode Island and Fisher’s Island in New York. Once rehabilitated, marine mammals and sea turtles are returned to the wild with tracking devices attached to be utilized in this ongoing research. Comparisons between biological samples taken from aquarium animals through non-invasive means and samples from stranded animals will inform much of the research. Aquarium scientists with expertise in marine animal health and physiology will develop non-invasive techniques to monitor health in wild populations.

The aquarium’s rescue staff utilizes satellite tags through a project in collaboration with Ørsted, Eversource and the Atlantic Marine Conservation Society (AMSEAS). Data from the aquarium’s years of tracking will be compared with data gathered during and after turbine installation to inform all partners of any effects on marine life.

Offshore wind turbine foundations become artificial reefs and some fishermen have reported positive results when fishing around the five turbines of the Block Island Wind Farm, which is operated by Ørsted and represents the first commercial-scale offshore wind farm in the country.

Revolution Wind is a 704 MW project that will provide enough clean, renewable energy for more than 350,000 homes in Connecticut and Rhode Island beginning in 2025. It will be located 32 miles southeast of Connecticut, 15 miles south of Rhode Island, and 12 miles southwest of Martha’s Vineyard. Turbines for the wind farm will be assembled and shipped from State Pier in the Port of New London. Two other offshore wind farms in the Ørsted-Eversource portfolio, South Fork Wind and Sunrise Wind, will also be shipped from New London to sites east of Montauk, Long Island to provide electricity to New York homes and businesses.