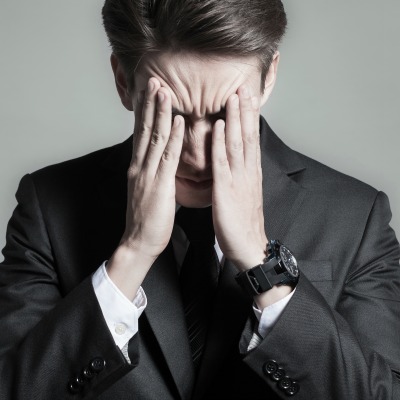 What just happened in Ohio?

For those unfamiliar, I am talking about Ohio Senate Bill 310, the legislation that Gov. Kasich recently signed into law. Among other things, S.B.310 freezes Ohio's AEPS in place for two years and permanently removes the requirement that half of the AEPS be met with in-state resources.

S.B.310 marks the first time in the U.S. that an RPS has been successfully attacked. And the wind industry needs to quickly learn from this mistake. Otherwise, the same methods are going to be used again in other states.

RPS attacks are not new, but in the case of S.B.310, the tactics were different. The opposition flanked us. This time, a few anti-renewable legislators were smarter than we were.

They realized that they could not beat renewables alone. By itself, the RPS is very difficult to attack. However, there are much bigger issues than an RPS. And, when legislators attack an RPS while fixing another "real" issue, the RPS becomes a casualty of another war. This time, S.B.310 targeted a problem with the AEPS' energy efficiency standards. I will concede it was a legitimate problem.

In short, there were issues with what was being counted toward the energy efficiency standards in the state. Ohio was not counting process-based energy efficiency, which disproportionally affected large industrial electric consumers who still had to pay for the standards but could not count their efforts toward them. This created an expensive problem for large electric consumers.

Big companies had a legitimate problem that was costing them money, and that gets legislators interested. And for Sen. Bill Seitz, R-Cincinnati, chairman of the Senate Public Utility Committee, this was his opportunity. (It should be noted that Seitz sits on the American Legislative Exchange Council's board and had tried multiple times unsuccessfully to attack renewables.)

However, there was still a missing piece. Seitz still did not have the top-tier support necessary to pull the whole thing together – he needed a major player on his side. Ohio Sen. President Keith Faber, R-Celina, was that major player. Faber also happened to be the senator for a district that had a late-stage wind development and was experiencing some public relations issues.

Faber attended one of those opposition meetings (which he should have) and got torn apart by his constituents. That set him off. That put him on the side of the anti-renewable agenda, and that is our fault.

Once Faber was on board, S.B.310 was fast-tracked. All of the lobbying and public relations efforts we put into place after the fact were not enough to stop the freight train. All we were able to accomplish regarding S.B.310 was establish an automatic restart after the freeze, and that will not mean much in the context of two years of intensive lobbying.

Rather, the industry failed in all the moments that led up to the introduction of S.B.310. The wind industry – the better, faster, cheaper and safer industry – forgot to communicate.
We forgot to tell the public, the legislators and the media what we were doing for their state and their energy future.

That made us weak, and that made everything we said after the fact sound like damage control and spin. If we wait until we are attacked to tell the truth, no one will believe us.

When I first testified in the senate against S.B.58, the unsuccessful predecessor to S.B.310, the Senate Public Utility Commission chairman and I got into an energetic discussion about the facts about wind energy. He admitted that project financials I showed him were the first he had ever seen. Think about that: the head of the Senate Public Utility Commission had never seen financials from a wind project. Furthermore, no one had ever shown him the production history from a wind farm. No one had ever given him any real information.

He had also never visited a wind project. He had never talked to a community that benefited from the investment and money that a wind project brings. And the same was true about all but one of the committee's senators.

I asked the American Wind Energy Association (AWEA) and several of the wind companies operating in Ohio about this. Well, the answer I got from AWEA was essentially, "We want this to be more grassroots, and we want to do what our local lobbyist tells us to do."

The opposition is well funded and well organized. They are looking for any opportunity, and they have realized that if they combine their anti-renewable agenda with other issues, we will be the casualty of a bigger battle.

They have had their first success, and you better believe they are already looking for other states in which to employ the same tactic.

The only weapon we have is preemptive education.

Every single developer and operator should personally invite every legislator to its projects. If they decline, invite them again. Make appointments to see them. Share information with them. If you had a project that at one time had opposition, invite the legislators out later to show them the progress you have made. Every time you cut a tax payment for your project, issue a press release. Err on the side of over-education and over-communication.

When anti-renewable legislators try to lump us in with unrelated legislation, we need to make it clear that we are a separate issue, a major industry, and we deserve separate consideration.

Jereme Kent can be reached at jeremekent@oneenergyllc.com.

The American wind industry is working hard to encourage all Americans, whether electric consumers, the media or policymakers, about the benefits of clean, affordable, and homegrown wind power.

The American Wind Energy Association showcases our success stories to state and federal legislators, regularly works with hundreds of journalists, briefs editorial writers and columnists, and mobilizes voters in Ohio and across the country. With Americans' support for wind power consistently between 70% and 80%, the message is getting out.

However, deep-pocket opponents of clean energy and competitors of wind power regularly roll out well-funded campaigns to undermine that support. Such groups have worked hard to bring down state renewable laws across the country to protect their investments in older forms of energy – in Kansas, North Carolina, Colorado and elsewhere. And all have failed, until last week in Ohio.

When Gov. Kasich signed legislation that freezes for two years Ohio's state law encouraging the growth of wind power and other renewables, that was one mistake.

Then on Monday, the governor made an even bigger one. Because he failed to use his line-item veto on a punitive setback requirement for future wind farms that was snuck into the state budget bill without debate, Ohio may now lose out on $2.5 billion in private investment, toward which companies have already spent millions under the old rule.

Ohio's leaders were lobbied hard by our opponents and deluged with misinformation from groups representing competing forms of energy. They are now slamming the door shut on thousands of well-paying jobs and hundreds of millions of dollars in land leases and payments to local governments that the state's economy sorely needs.

Ohio's RPS has already attracted more than $1.2 billion in new investment to the state. But together these actions create an unfriendly business environment.

This anti-renewable energy law did not pass without the wind power industry putting up a fight. Nor did it get to this point because wind power lacked support from Ohio voters or from opinion leaders in the Ohio media. Well before the anti-renewable energy bill arrived on the governor's desk, polls showed nearly 75% of Ohio voters supported the state's clean energy law.

Numerous Ohio newspaper editorials backed the renewable energy law and wind energy, in particular, and called on the governor to veto both bills. Examples include the Cleveland Plain Dealer, the Cincinnati Enquirer, the Toledo Blade and the Akron Beacon Journal.

Over 72 businesses and organizations, including Whirlpool, Honda, the Ohio Manufacturers' Association, environmental groups, and many faith-based organizations, called for the governor to veto the freeze.

Wind power developers and clean energy job-creators testified in support of the clean energy law numerous times in front of both the Ohio Senate and House, both Republicans and Democrats.

Ohio voters, neighbors, family members and friends have been mobilized repeatedly to tell their elected officials to support wind power, through emails, telephone calls, letters, and social media – not just over the past few months, but over several years.

Yet, this bad-for-business and job-killing legislation passed. It wasn't because Ohio voters support it.

The fight for clean energy jobs and investment in Ohio is not over. Our voices will be heard, the facts about wind power's economic benefits will continue to be made clear, and wind energy will rise again in Ohio.

For more background on wind in Ohio, read ‘Battleground Ohio: State Confronts RPS Freeze‘ in the June 2014 issue of NAW.Â