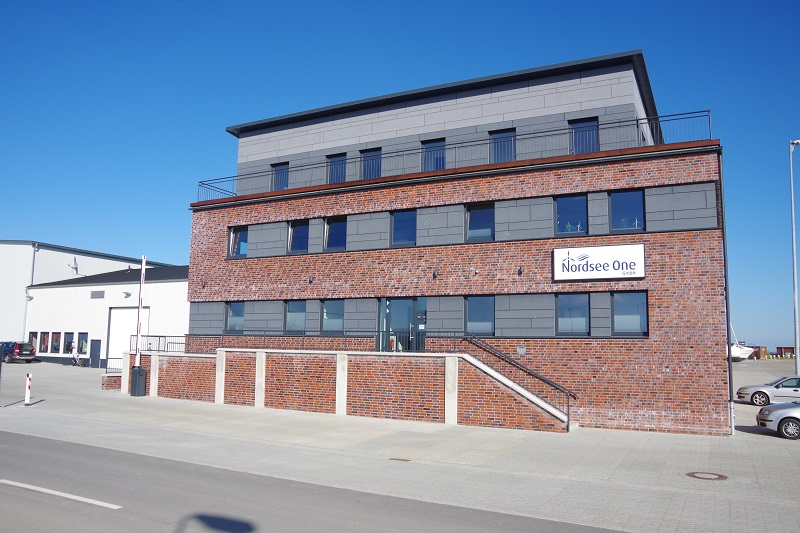 A new operations and maintenance (O&M) base for the Nordsee One offshore wind farm has been officially inaugurated in Norddeich, located in Germany’s Lower-Saxony.

Nordsee One, which is currently being built approximately 40 kilometers north of the island of Juist, will be operated and serviced from the venue, located on a 1,500-square-meter site.

Norddeicher Schiffswerft GmbH built the three-story building and renovated the neighboring storage hall in 10 months. Nordsee One GmbH signed a 26-year rental agreement for the facilities.

Once completed, Nordsee One will consist of 54 Senvion 6.2M126 with wind turbines with an overall installed capacity of 332 MW. The project is owned by Northland Power Inc. (85%) and Innogy SE (15%).

All 54 turbine foundations, the offshore substation and the inter-array cables have been installed. Turbine installation is anticipated to start early next year.

Once Nordsee One is operational in 2017, approximately 70 people will work out of Norddeich on the project. Some of the offshore service staff provided by Danish company Semco Maritime GmbH will maintain the foundation structures and the offshore substation. A corresponding five-year service agreement was signed at the beginning of September during the inauguration of the new Semco subsidiary in Norddeich.

From this month onward, the newly built WINDEA FOUR crew-transfer vessel will bring technicians from the Norddeich harbor to the wind farm on a daily basis.