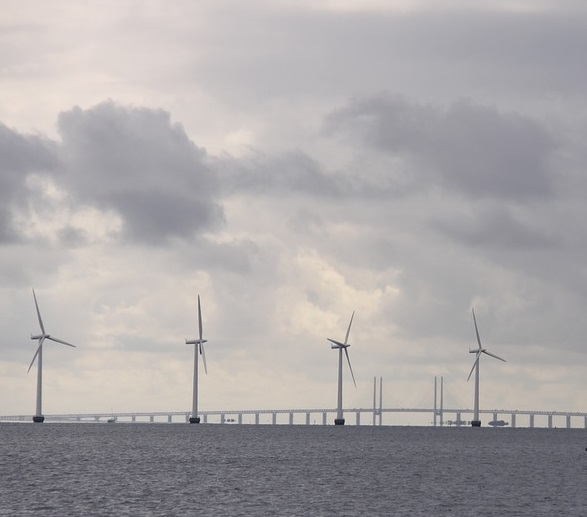 In 2018, the U.S. offshore wind project development and operational pipeline grew 1.4% to a potential generating capacity of 25,824 MW, according to a recently released report from the U.S. Department of Energy’s National Renewable Energy Laboratory (NREL).

This potential generating capacity covers 13 states and includes Rhode Island’s Block Island Wind Farm, which was commissioned in 2016. Further, projects totaling 21,225 MW have exclusive site control, meaning the developer has a lease or other contract to develop the site. Most of these projects are on the Eastern seaboard, with one in the Great Lakes, the report says.

NREL says that off-take prices for what is expected to be the first commercial-scale U.S. offshore wind project – Vineyard Wind, proposed off the coast of Massachusetts – came in lower than expected at $65–$75 per megawatt-hour. (However, the project is now facing federal delays.)

Mark W. Menezes, under secretary of energy at the DOE, says U.S. offshore wind, with more than 25 GW in its development pipeline, is “poised to be a significant part of our comprehensive energy portfolio in the coming years.”