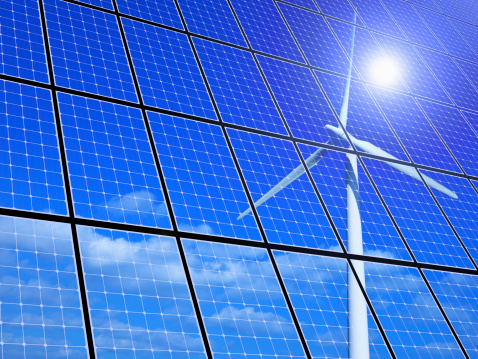 The report says federal tax credits for renewable energy, particularly the wind production tax credit (PTC) and the solar investment tax credit (ITC), have offered financial incentives for renewable energy deployment over the last two decades in the U.S. In December 2015, the PTC and ITC were extended by five years from their prior scheduled expiration dates, but they ramp down in value during the latter years of the five-year period.

The report examines the impacts of the tax credit extensions under two distinct natural gas price futures, as the price of natural gas has been a key factor influencing the economic competitiveness of new renewable energy development. The analysis finds that, in both natural gas price cases, tax credit extensions can spur renewable capacity investments at least through the early 2020s and can help lower CO2 emissions from the U.S. electricity system.

According to the report, the tax credit extensions are estimated to drive a net peak increase of 48 GW to 53 GW in installed renewable generation capacity in the early 2020s. However, longer-term impacts are less certain and can depend on natural gas prices.

In addition, the report finds the acceleration in renewable energy capacity development can reduce fossil-fuel-based generation and lower electric sector CO2 emissions. Cumulative emissions reductions over a 15-year period (spanning 2016-2030) as a result of the tax credit extensions are estimated to range from 540 million to 1,400 million metric tons CO2.