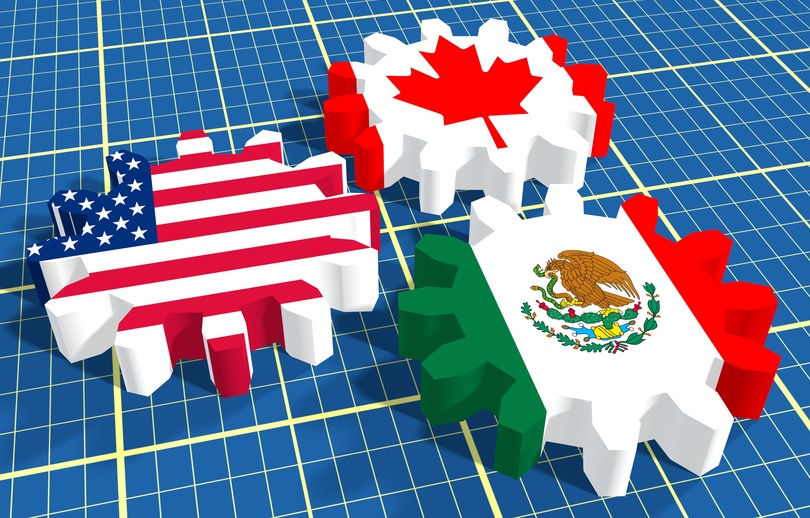 The agreement was signed during the North American Leaders’ Summit in Ottawa, Ontario, today. A release from the Obama administration explains that North America has the capacity, resources and the moral imperative to show strong leadership building on the Paris Agreement, which includes a goal of limiting temperature rise this century to well below 2 degrees C.

The administration says the 50% by 2025 goal will be reached through a combination of clean energy development and deployment, clean energy innovation, and energy efficiency, including as follows:

In addition, the three countries will continue to strengthen the North American Cooperation on Energy Information platform by including additional geospatial information relating to cross-border infrastructure and renewable energy resources. They will also commit to deepened electric reliability cooperation in order to strengthen the security and resilience of an increasingly integrated North American electricity grid.

The Obama administration adds that Mexico will join Canada and the U.S. in committing to reduce their methane emissions from the oil and gas sector.

Also, the countries pledge to continue collaborating with one another and with international partners on significant national actions to reduce black-carbon emissions in North America and promote alternatives to highly polluting hydrofluorocarbons.

The Obama administration says the countries will also support robust implementation of the Paris Agreement’s transparency and carbon markets-related provisions and will develop mid-century, long-term strategies for low greenhouse-gas emissions development. The countries also will promote universal energy access and work together to address the challenges of energy security and integration, clean energy investment, and regional energy cooperation in the Caribbean and Central America.

Speaking on the newly announced target, Tom Kiernan, CEO of the American Wind Energy Association, says in a statement that the U.S., Mexico and Canada “already obtain nearly 40 percent of their electricity from zero-emission generation.”

In addition, continues Kiernan, “wind energy has accounted for 77 percent of the growth in non-emitting generation in the U.S. over the last 10 years.”

“Thanks to wind power’s 66 percent cost decline over the last six years, homegrown wind energy is already on track to double by 2020 in the U.S.,” he says. “As the lowest-cost zero-emission energy source by a large margin, wind energy will be the workhorse to meet future carbon-reduction targets while saving consumers money.”