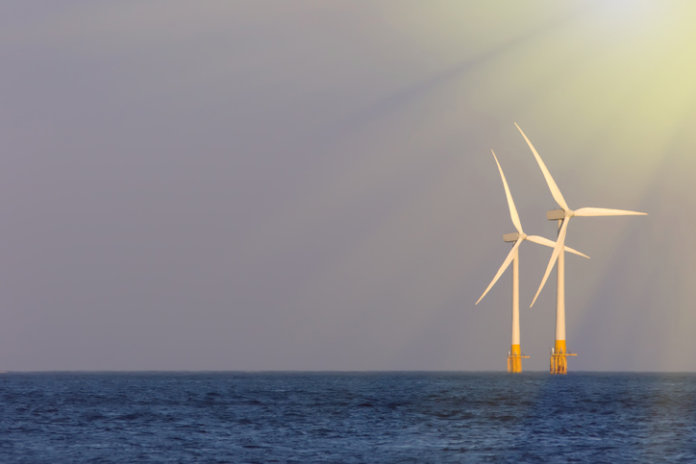 Gov. Andrew M. Cuomo, D-N.Y., has released the New York State Offshore Wind Master Plan, designed to guide the responsible and cost-effective development of 2.4 GW of offshore wind by 2030, enough to power up to 1.2 million homes with clean energy.

Cuomo recently announced in his 2018 State of the State address that New York will issue solicitations in 2018 and in 2019 for a combined total of at least 800 MW of offshore wind power. According to the governor’s office, offshore wind is a critical component of Cuomo’s mandate to generate 50% of the state’s electricity needs from renewable energy sources by 2030.

Specifically, according to NYSERDA, the master plan offers the following information:

“While the federal government continues to turn its back on protecting natural resources and plots to open up our coastline to drilling, New York is doubling down on our commitment to renewable energy and the industries of tomorrow,” Cuomo says. “We are drawing upon our world-class workforce, unmatched intellectual capital, physical infrastructure and financial institutions to develop this increasingly affordable clean energy source that creates good-paying jobs while protecting Long Island’s natural beauty and quality of life.”

Clean Energy Workforce and Port Infrastructure
As announced in his State of the State address, Cuomo committed $15 million to NYSERDA for workforce training to ensure men and women receive the skills needed for all aspects of the offshore wind industry and to develop port infrastructure. NYSERDA will work with Empire State Development and other state agencies to determine the most promising offshore wind port infrastructure investments.

Workforce Opportunity of Offshore Wind in New York, one of the studies supporting the master plan, found that through a robust and regional offshore wind industry, New York’s workforce and infrastructure could benefit from more than $6 billion of public- and private-sector expenditures. The industry could also expect to create 2,000 jobs in operations and maintenance, 2,700 jobs in manufacturing, and 350 jobs in project management and development.

Public Engagement and Participation
New York has released the Offshore Wind Master Plan after two years of in-depth research, analysis and outreach. The process included extensive public stakeholder engagement with those directly involved in offshore wind and those who are affected or stand to benefit from its development, including the labor and business communities, environmental organizations, project developers, manufacturers, the commercial and recreational fishing industries, and the general public. The state has conducted hundreds of meetings and consultations, seven public information sessions, and four open houses focused on the fishing industry.

NYSERDA will continue its stakeholder engagement by hosting two public webinars on Tuesday, Feb. 13, to provide an overview of the master plan and the next steps New York will take to advance offshore wind. Pre-registration is required to join the webinar – more information can be found here.

“Developing the nation’s offshore wind resource is an unparalleled opportunity for New York to not only lead the nation in adoption of clean energy but to reap the economic benefits of becoming a national hub for this promising industry,” comments Alicia Barton, president and CEO of NYSERDA. “With Gov. Cuomo’s remarkable commitment to a procurement of at least 800 MW of large-scale offshore wind projects in 2018 and 2019, New York will solidify its position at the forefront of the developing U.S. offshore wind market and, with it, the creation of thousands of well-paying jobs and millions of dollars of investment in our coastal communities.”

State Sen. Joseph Griffo, R-N.Y., chairman of the Senate Energy and Telecommunications Committee, adds, “The governor has recognized a major opportunity for New York to become a leader in offshore wind development by creating a master plan, which is a blueprint to explore the potential for investment in offshore wind. Maintaining our state’s fuel diversity with an emphasis on building more renewable sources of generation requires that we take advantage of our state’s natural assets. This is key to a sound energy policy for our state and, if done correctly, will provide a cleaner, greener New York for the next generation.”

Anne Reynolds, executive director of the Alliance for Clean Energy New York, concludes, “Offshore wind developers are ready to help New York meet the governor’s goals and are particularly interested in when and how they can compete for contracts and invest in New York. The Offshore Wind Policy Options Paper lays out these procurement options. Nailing down these procurement details needs to be New York’s next step.”

Offshore wind will be critical to reach our goal of reducing greenhouse emissions by 80% by 2050 and fight climate change.