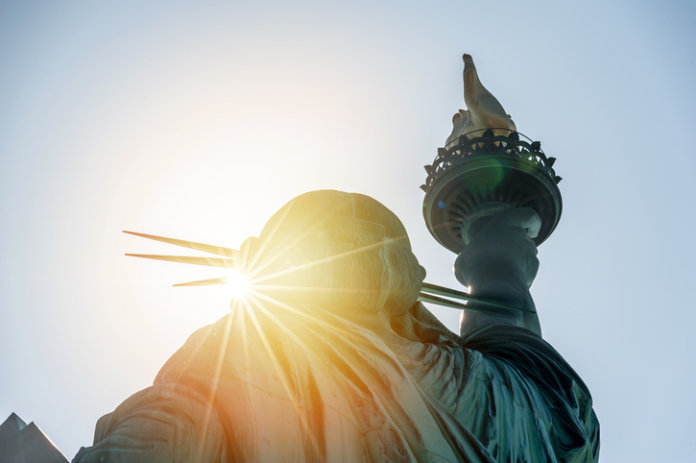 According to a press release from the governor’s office, the 2018 Clean Energy Jobs and Climate Agenda will build on the progress made to date under Cuomo’s Reforming the Energy Vision (REV) policy, which includes the clean energy standard, mandating that 50% of the state’s electricity needs come from renewable energy sources by 2030.

“New Yorkers know too well the devastation caused by climate change, and in order to slow the effects of extreme weather and build our communities to be stronger and more resilient, we must make significant investments in renewable energy,” states Cuomo. “With this proposal, New York is taking bold action to fight climate change and protect our environment while supporting and growing 21st-century jobs in these cutting-edge renewable industries.”

To attract private investment in port infrastructure and supply-chain activities, he is further directing NYSERDA to work with Empire State Development and other state agencies to determine the most promising public and private offshore wind port infrastructure investments. According to Cuomo, these actions will jump-start project development, drive job growth and industry investments, and secure New York’s status as a home for the emerging U.S. offshore wind industry.

Solar
According to Cuomo, community solar, a REV initiative, is one of the best options for low-income customers to access solar and reduce their energy costs, but because community solar is relatively new and not yet widely adopted, low-income customers have yet to realize the program’s full potential. To help low-income New Yorkers reap the benefits of solar, the governor is announcing that NYSERDA will do as follows:

Sean Garren, Northeast senior director of advocacy group Vote Solar, says, “The governor’s Clean Energy Jobs and Climate Agenda continues New York on the path to a brighter, healthier future – and helps lead our nation in that direction, as well. We’re encouraged that the governor shares our own goal of a clean energy economy that supports all residents, including low-income and underserved communities, by offering bill savings, energy choices and job opportunities with solar.”

​​Garren adds, “Community solar is one of the state’s most promising opportunities to truly deliver clean energy access to all of New Yorkers. While the governor’s words of support are encouraging, real progress depends on the continued commitment and hard work of the Public Service Commission and NYSERDA to get us there. Vote Solar will continue to work with all stakeholders and push for community solar to succeed in 2018.”

Energy storage
Cuomo is also launching an initiative to deploy 1.5 GW of energy storage by 2025 and employ 30,000 New Yorkers in the industry. The commitment represents the largest such commitment per capita by any state, the governor claims.

Building on the recently signed Energy Storage Deployment legislation, Cuomo is directing state energy agencies and authorities to work together during 2018 to generate a pipeline of storage projects through utility procurements, advance regulatory changes in utility rates and wholesale energy markets, incorporate storage into criteria for large-scale renewable procurements, and reduce regulatory barriers.

The governor is also proposing a commitment of at least $200 million from NY Green Bank for storage-related investments to help drive down costs and strategically deploy energy storage to where the grid needs it most. Additionally, Cuomo is directing NYSERDA to invest at least $60 million through storage pilots and activities to reduce barriers to deploying energy storage, including permitting, customer acquisition, interconnection and financing costs. In addition to utility procurements and regulatory changes, these investments will be critical to jump-start the market and support cost-effective project development on the way to achieving the 1.5 GW goal, the governor says.

Emissions
In 2013, Cuomo led the nine Regional Greenhouse Gas Initiative (RGGI) states in reducing the cap on GHG emissions from power plants 50% by 2020. To further the efforts, the governor plans to work with the RGGI states and potential new partners in Virginia and New Jersey to ensure a smooth transition to a broader, more cost-efficient GHG market that maintains the initiative’s ambitious reductions in climate pollution.

Currently, RGGI covers only power plants with a capacity of 25 MW or greater, leaving out many smaller but highly polluting “peaking” units, which operate intermittently during periods of high electricity demand, the governor explains.

Consequently, Cuomo will direct the Department of Environmental Conservation (DEC) to do as follows:

Moreover, in order to immediately reduce emissions from New York’s highest-polluting power plants, Cuomo is directing the DEC to propose complementary reforms to reduce emissions of smog-forming pollutants from peaking units and adopt regulations ending the use of coal in the state’s power plants by 2020 – what the governor called for in his 2016 State of the State address.

Climate change committee
After announcing its intention to withdraw from the Paris Agreement, the federal government also disbanded the Federal Advisory Committee for the Sustained National Climate Assessment, a group tasked with providing recommendations to the federal government on scientific information to support state and local governments, communities, and the private sector in planning for the effects of climate change, says Cuomo. However, the governor, in collaboration with partners, now plans to reconvene the advisory committee. In June 2017, Cuomo also formed the U.S. Climate Alliance with the governors of California and Washington State to ensure that New York and other partners continue to meet or exceed the targets of the Paris Agreement.

Building on the progress made through utility programs and work to reduce energy use in state facilities, Cuomo launched the $5 billion Clean Energy Fund in 2016 to support investment in energy efficient technologies.

However, much work remains to realize the full potential of energy efficiency for New Yorkers. To address this, Cuomo is directing the New York Department of Public Service and NYSERDA to engage the public and private sector and propose a comprehensive and far-reaching energy efficiency initiative by Earth Day on April 22, 2018; propose a new 2025 energy efficiency target achieved through cost-effective implementation strategies and innovative approaches from both utilities and the Clean Energy Fund; and identify opportunities by which state facilities can lead by example.

Applauding the governor’s agenda, Lisa Dix, senior New York representative for the Sierra Club’s Beyond Coal Campaign, says, “The governor has chosen to lean forward on climate change and renewable energy – setting him, and his administration, up to play a key leadership role on these issues nationally and internationally. Critically, the Clean Energy Jobs and Climate Agenda provides a path to ensure that the state no longer relies on dirty, dangerous and outdated coal-fired power through a commitment that ensures all such plants in the state will retire by 2020.

“This, in conjunction with an 800 MW offshore wind development plan, charts a clear course for the state, ensuring that New York leads where the federal government fails – crafting a visionary agenda to combat climate disruption with renewable energy while creating family-wage jobs alongside new economic development and manufacturing opportunities for New Yorkers.”