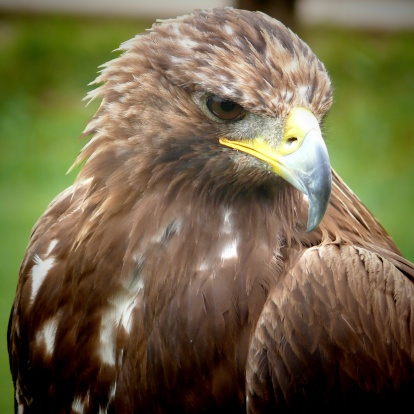 On May 26, the U.S. Fish and Wildlife Service (FWS) initiated an environmental review of a proposed permitting program for authorizing the incidental ‘take’ of migratory birds protected by the Migratory Bird Treaty Act (MBTA).

The announcement begins what will undoubtedly be a protracted and contentious rulemaking process. Litigation is also likely.

The FWS proposes, and seeks comment on, a three-pronged permitting framework.

The first prong would be a general, conditional authorization available to industry sectors that the FWS has historically engaged with to develop impact reduction measures. Sectors contemplated by the FWS include oil, gas and wastewater disposal pits; gas flares; communication towers and transmission lines.

The third prong would authorize incidental take by federal agencies that enter into a memorandum of understanding (MOU) with the FWS. The FWS would consider the use of such MOUs to extend take authorization to private parties regulated by the other federal agency.

The FWS also contemplates continued reliance on enforcement discretion for industries or activities that are not required to obtain permits.

The FWS says it is considering whether wind energy generation could be included in the general, conditional authorization framework by building on the Land-Based Wind Energy Guidelines that the FWS issued in 2012.

The May 26 proposal initiates a 60-day public comment period, with scoping meetings to be held in June and July in Sacramento, Calif.; Denver; St. Louis; and Arlington, Va. The FWS will also host an informational webinar on July 8.

The MBTA is an almost 100-year-old statute designed to control poaching and commercial hunting. It is not the best raw material for fashioning an incidental take program that comports with modern conservation objectives.

An incidental take rule almost certainly will draw legal challenges, given the number of industries impacted. Those challenges will bring to a head the threshold question of whether the MBTA even applies to incidental take.

While courts in the Tenth Circuit have agreed with the the FWS that the MBTA is a strict liability statute triggered by bird deaths that incidentally result from otherwise lawful activity, courts in the Eighth Circuit and Ninth Circuit have taken the opposite view, holding that the statute only applies to purposeful actions directed against migratory birds, such as hunting (both the Duke and the PacifiCorp MBTA plea agreements originated in Wyoming, a Tenth Circuit state).

An MBTA incidental take program also faces practical constraints due to the vast array of human structures and activities that incidentally cause bird mortality. The FWS is aware of this problem, saying it intends to focus on activities and industries that chronically kill birds. The agency also clearly seeks alternatives to individual permits, including general permits akin to the U.S. Army Corps' nationwide Clean Water Act Section 404 permit program and other mechanisms similar to Section 7 consultation under the Endangered Species Act.

There also is the question of whether, and how, incidental take authorization applies to existing facilities. The Tenth Circuit recognized the due process problem posed by enforcing the MBTA against those who were not on notice that their actions or equipment could kill birds. Applying new siting and design standards, or even new best management practices, to existing facilities could pose similar issues.

The FWS also contemplates not requiring permits for some causes of bird mortality and continuing its reliance on enforcement discretion. This remains viable, even after a permit program is adopted, only because the MBTA has no citizen suit provision. Whether the FWS' reliance on enforcement discretion would remain insulated from court review following the creation of a formal MBTA permitting program remains to be seen.

For wind energy, key questions will be whether permitting is required for existing projects, whether the FWS will adopt a general permit for wind energy generation based upon the Land-Based Wind Energy Guidelines, and what – if anything- will be required beyond compliance with the guidelines. Authorization for incidental bird mortality might prove more valuable than a vague allusion to prosecutorial discretion for project financing and other purposes, but individual permits for eagle take have proved slow and cumbersome. MBTA permitting could apply much more broadly, making it imperative to avoid a repeat of the eagle permitting experience.

Author's note: Svend Brandt-Erichsen and Andrew C. Bell are partners at Marten Law, an energy and environmental law firm. They can be reached at svendbe@martenlaw.com and abell@martenlaw.com.