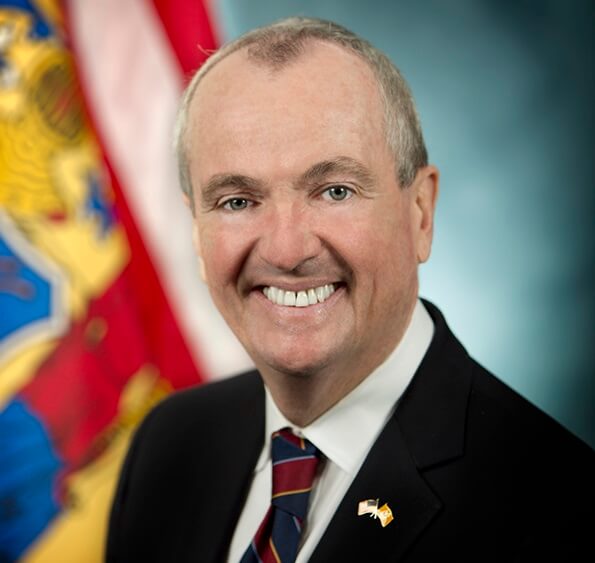 In a landmark move to kick-start the state’s offshore wind industry, New Jersey Gov. Phil Murphy has signed an executive order directing the New Jersey Board of Public Utilities (BPU) to fully implement the Offshore Wind Economic Development Act (OWEDA) and begin the process of moving the state toward a goal of 3.5 GW of offshore wind generation by 2030.

In 2010, former Gov. Chris Christie signed OWEDA, a piece of legislation allowing state agencies to craft an Offshore Wind Renewable Energy Credit (OREC) program. But despite OWEDA’s being signed eight years ago, gaps remain in the regulations for implementing the OREC program, says Murphy. In turn, offshore wind developers have not obtained the necessary approvals from the New Jersey BPU to move forward, the governor adds.

“Little progress has been made on offshore wind development in New Jersey, despite a pledge from the previous administration to facilitate our growth of offshore wind,” states Murphy – who took the reins as governor only a few weeks ago – in a press release. “We cannot allow for stagnation in this growing sector of our energy economy, and we cannot lose sight of the tremendous opportunity for offshore wind at the Jersey Shore. With this executive order, we begin the process of making New Jersey a leader in offshore wind – a critical step toward achieving our clean energy goals.”

The order directs the BPU to begin the rulemaking process to fill the gaps in the current regulations governing the OREC program. It also directs BPU President Joseph Fiordaliso and New Jersey Department of Environmental Protection Commissioner Catherine McCabe to work together to establish an Offshore Wind Strategic Plan for New Jersey. The plan will focus on critical components of offshore wind development, including job growth, workforce development, data collection and appropriate determination of facilities, as well as natural resource protection.

Under the order, BPU will implement the OREC program by approving financial plans submitted by offshore wind developers. After the creation of a process to approve such plans, the BPU will issue a solicitation calling for proposed offshore wind projects for the generation of 1.1 GW of power – the nation’s largest such solicitation to date, says Murphy. Finally, the executive order instructs the BPU to engage with neighboring states on the potential benefits of regional collaboration on offshore wind.

“Our goal is to grow offshore wind in a way that creates jobs and reduces our dependence on fossil fuels,” Murphy adds. “New Jersey is committed to growing our clean energy sector, and offshore wind is at the crux of increasing that part of our economy.”

According to the Business Network for Offshore Wind, a nonprofit dedicated to establishing a U.S. offshore wind supply chain, Murphy’s new order fulfills a key clean energy campaign promise. Liz Burdock, executive director of the group, calls the news “a win for New Jersey, this important industry and anyone who cares about our environment.”

The group says Murphy’s order brings the U.S. offshore wind pipeline to more than 5 GW of clean energy. Burdock points out that the purchase of offshore wind power by utilities is essential and that ORECs were the same financing mechanism used by Maryland to procure 368 MW of offshore wind in May 2017.

According to Environment New Jersey, the executive order is a marked departure from the Christie era.

“New Jersey, so long a laggard, is finally leading once more on offshore wind,” states Doug O’Malley, the group’s director. “We have incredible potential right off the Jersey Shore – we have been sitting on a clean energy jackpot. Gov. Murphy’s executive order puts us on the path to make us the top state in the country on offshore wind. With the strength of our coastal winds and our prime location, New Jersey is suddenly back on track.”