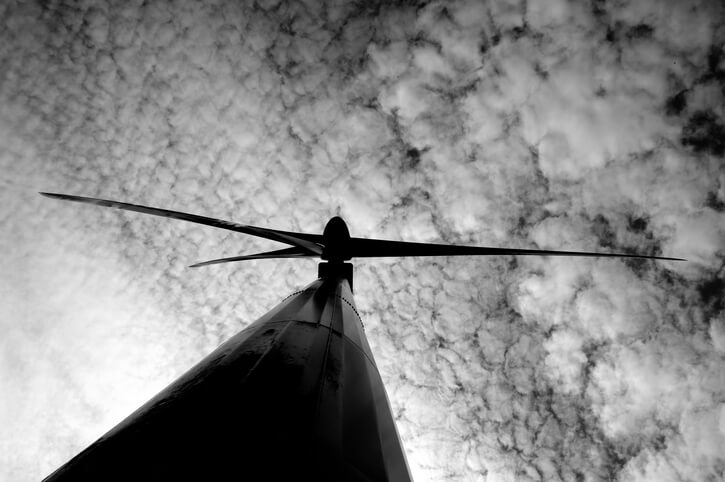 In relation to North Carolina’s 18-month moratorium on the issuance of new permits for wind projects, the state’s General Assembly has issued a request for proposals (RFP) to begin a study of military operations in order to determine the placement of wind facilities – a study the NC Sustainable Energy Association (NCSEA) calls unnecessary and redundant.

In the closing hours of the 2017 legislative session in late June, the NC General Assembly passed H.B.589, The Competitive Energy Solutions Act for North Carolina, and it was signed into law by Gov. Roy Cooper on July 27. According to NCSEA, the legislation began in the House as a positive, forward-looking policy to advance solar energy and expand access to clean energy for consumers; however, an 18-month moratorium on the issuance of permits for new wind projects by the N.C. Department of Environmental Quality (DEQ) or the Coastal Resources Commission was added by the North Carolina Senate.

To show his opposition to the wind moratorium, Cooper issued an executive order after signing the bill. Specifically, the order “directs DEQ to continue recruiting wind energy investments and to move forward with all of the behind-the-scenes work involved with bringing wind energy projects online, including reviewing permits and conducting pre-application review for prospective sites.”

Last Friday, in issuing the RFP, the General Assembly’s Legislative Services Office took its first step to begin what NCSEA calls an “unnecessary study” of military operations in order to create a suite of maps that could be used to determine where wind energy projects should or should not be built.

According to NCSEA, opponents of the wind moratorium are concerned that the study and resulting maps could be used to permanently ban wind energy projects and limit private-property rights of numerous landowners currently seeking to lease their land for two proposed wind projects in rural Chowan and Tyrrell counties, located near the coast.

Furthermore, the group says, the U.S. Department of Defense (DoD), Federal Aviation Administration and nearby military bases already have an extensive review process for all energy development and must approve every proposed wind project, turbine by turbine, to ensure there is no conflict between any military operations and the more than 1,000 existing wind projects across the U.S. The DoD Siting Clearinghouse was established in 2010, notes NCSEA.

“Upon evaluation of the N.C. General Assembly’s new wind energy RFP, it appears taxpayers are being asked to fund a study that has already been completed by entities such as Seymour Johnson AFB, the U.S. Department of Defense and Federal Aviation Administration,” states Allison Eckley, NCSEA’s communications manager.

The wind moratorium will be in effect through Dec. 31, 2018, and during that time, the General Assembly will study the “extent and scope of military operations in the state in order to create a suite of maps and other relevant data and documentation that shall be employed to communicate the temporal and spatial use of land-, air- and water-based military operations. Upon completion, the suite of maps and other relevant data and documentation may be utilized to identify areas of the state, both onshore and offshore, where energy infrastructure and development poses a threat to; encroaches upon; or otherwise reduces operations, training capabilities or readiness.”

The contract is expected to be issued on or before Nov. 1, and the study is expected to be completed and submitted to the General Assembly’s Legislative Services Office on or before May 31, 2018, “in order to inform the development of policies pertaining to the protection and preservation of major military installations during the 2018 Regular Session.” Notably, H.B.589 and the FY2017-18 Appropriations Act call for $150,000 for the study.

“NCSEA is also concerned that this RFP tasks potential vendors to map and evaluate items far beyond the scope of H.B.589, which was limited to the military and wind energy,” Eckley continues. “Any concerns by the military related to proposed wind projects are already addressed through the DoD and the N.C .Department of Environmental Quality’s extensive review and permitting process. The 18-month wind moratorium and this new $150,000 study are another example of opponents attacking renewable energy projects and the private property rights of eastern North Carolinians.”