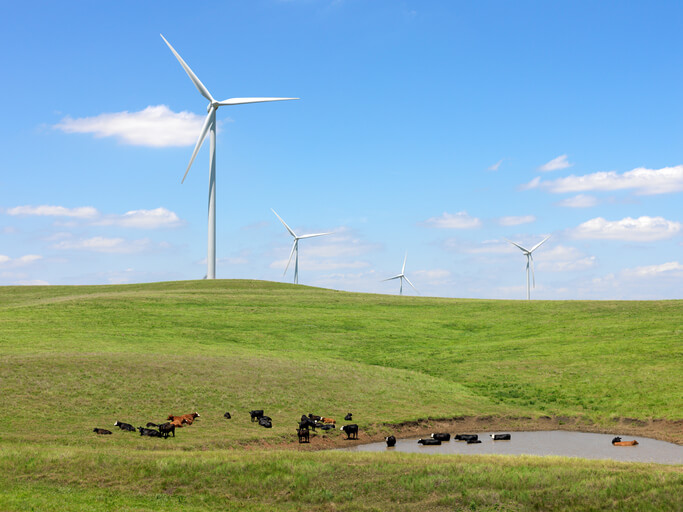 The PSC said the evidence in the case demonstrated that the Grain Belt project would create both short- and long-term benefits to ratepayers and citizens of Missouri. In addition, the project would have a substantial and favorable effect on the reliability of electric service in the state.

“There can be no debate that our energy future will require more diversity in energy resources, particularly renewable resources,” said the commission. “We are witnessing a worldwide, long-term and comprehensive movement towards renewable energy in general and wind energy specifically. Wind energy provides great promise as a source for affordable, reliable, safe and environmentally friendly energy. The Grain Belt Project will facilitate this movement in Missouri, will thereby benefit Missouri citizens and is, therefore, in the public interest.”

According to the commission, agricultural impacts would also be reduced because no more than nine acres of land in Missouri will be taken out of agricultural production as a result of project structures, and the proposed route does not directly impact the operation of any existing center-pivot irrigation systems.

“Many of the landowners’ concerns will be addressed through carefully considered conditions placed on the CCN,” added the commission.

Last year, the Missouri Supreme Court unanimously ruled that the PSC has clear authority to determine the public need for transmission lines in the state. The ruling overturned a lower court verdict that suggested transmission lines needed to be sited on a county-by-county basis, leading the PSC to deny approval of the project, which had been battling regulatory hurdles in Missouri for years.

In a statement, Invenergy says it is “grateful for the thoughtful and thorough consideration” the commission has given the project.

“The order confirms that the Grain Belt Express project is in the public interest and is good for Missouri,” the company continues. “The Grain Belt Express project is made stronger through Invenergy’s participation because of our strong record of project execution, strong financial position, community partnerships and landowner relationships. Invenergy looks forward to the next step in the regulatory process before the PSC and to bringing low-cost power, quality jobs and new tax revenue to Missouri.”

According to Amy Farrell, senior vice president of government and public affairs at the American Wind Energy Association (AWEA), the decision is a “big win” for consumers.

“Upgraded and new transmission lines open up America’s low-cost clean energy resources for consumers and make our grid even more resilient,” she says.

“America’s energy infrastructure needs a reboot to efficiently serve the 21st-century economy,” adds Farrell. “But we can’t get there without transmission planning and permitting reforms at the regional and federal level. Regulatory decisions shouldn’t take years for projects so clearly in the public interest.”

On the other hand, the Missouri Farm Bureau has denounced the PSC’s decision to approve the project. Blake Hurst, president of the bureau, argues that “private land should not be taken by eminent domain for the sole benefit of private investors.” He adds that the decision “sets precedent for private companies to buy land on the cheap and profit at the expense of Missouri citizens.”