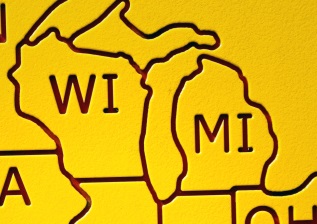 The CapX2020 utilities have energized a 90-mile, 345 kV transmission line in Wisconsin and Minnesota to provide reliable and affordable electric service to the region, as well as expand access to renewable energy.

The entire CapX2020 Hampton-Rochester-La Crosse project – which also includes two 161 kV lines that feed Rochester and a 40-mile, 345 kV segment between Hampton and Pine Island – is expected to be complete in 2016.

"Major transmission lines like the CapX2020 project are helping to unlock the potential for a major build-out of wind energy in the Midwest while also offering important reliability benefits for customers," says Chris Kunkle, a regional policy manager at Wind on the Wires. "By providing increased access to cost-effective wind power, CapX2020 will play a vital role in our region's transition to a cleaner energy future."

CapX2020 is a joint initiative of 11 transmission-owning utilities in Minnesota, North Dakota, South Dakota and Wisconsin formed to upgrade and expand the electric transmission grid. The projects, which include four 345 kV transmission lines and a 230 kV line, are expected to cost roughly $2 billion and cover a distance of nearly 800 miles. It is the largest development of new transmission in the upper Midwest in 40 years.