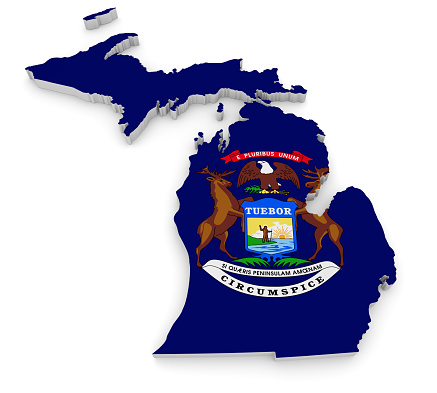 The Michigan Public Service Commission’s (MPSC) sixth-annual report on the implementation of the state’s 10% by 2015 renewable portfolio standard (RPS) shows that 9.1% of Michigan’s electricity was generated from renewable sources in 2014. Furthermore, the MPSC estimates the total renewable energy percentage for 2015 exceeded the 10% requirement.

“Michigan’s steady progress toward reaching – and exceeding – the 10-percent-by-2015 renewable portfolio standard shows the state’s commitment to a diversified resource base,” says MPSC Chairman Sally Talberg. “Even more encouraging is the continued downward price trend of renewable energy contracts, the last few of which are less than any new electric generation.”

Highlights of the report include the following:

– Consumers Energy has filed renewable energy contracts with the MPSC totaling 604 MW and DTE Electric totaling 990 MW. At the end of 2015, both utilities had obtained MPSC approval of power purchase agreements and company-owned renewable energy projects that provided the necessary capacity to exceed the 2015 legislative capacity requirements.

– Approximately 2,500 MW of renewable energy generators are operating in Michigan and registered with the Michigan Renewable Energy Certification System.

– There has been significant growth of wind generation in Michigan’s renewable energy certificate portfolio, from 7%  in 2009 to 44% in 2014.

– At the end of 2015, there were over 1,500 MW of utility-scale wind projects in operation in Michigan. A total of 484 MW of new wind generation is expected to begin operating by the end of 2016 (including 333 MW developed by non-MPSC rate-regulated providers). Several large solar projects are under development and planned to begin commercial operation during 2016.

– Through the second quarter of 2015, a cluster workforce analysis by the Michigan Workforce Development Agency in partnership with the Bureau of Labor Market Information and Strategic Initiatives showed 8,750 jobs among Michigan industries related to the renewable and alternative energy cluster, compared to 6,775 such jobs in 2005.

– The combined cost for renewable energy and energy optimization is $37.43/MWh, less than any new generation, including new natural gas combined cycle plants, when compared to the Energy Information Administration levelized plant costs for 2014.

For 2016 and each year thereafter, state law requires electric providers to maintain the same amount of renewable energy credits needed to meet the standard in 2015.