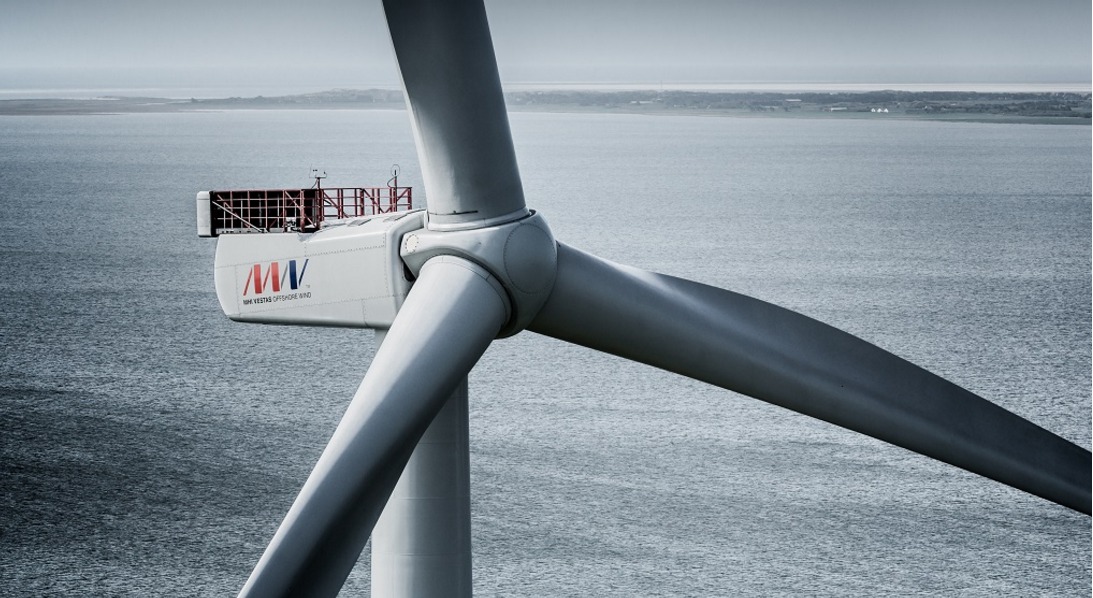 The project, which will be located 5.7 kilometers off the coast of Blyth, north of Newcastle, will be owned by EDF Energies Nouvelles group and operated by EDF Energy Renewables.

According to MHI Vestas, the Blyth project will test several new technologies, including a 66 kV electrical infrastructure and gravity base foundations.

The company asserts that the turbines have been optimized for the project, utilizing a power mode that can deliver a maximum output of 8.3 MW. Further, the company says the V164-8.0 MW turbines feature new transformers and switchgears to enable connection to the 66 kV grid. Use of the 66 kV system allows approximately double the number of turbines to be connected on one equivalent array cable string compared with the existing 33 kV system.

Additionally, the project will utilize gravity base foundations – for what the company says is the first time this specific type of foundation will be used in an offshore wind plant. The hybrid foundation combines the widely used steel-reinforced concrete foundation with the well-known steel monopile, allowing the foundation to be installed in deeper waters while eliminating noise from pile hammering during installation.

Jens Tommerup, CEO of MHI Vestas Offshore Wind, says that Blyth will be the first offshore project that MHI Vestas and EDF Energy Renewables will install together.

The order includes a 15-year, full-scope service contract with an availability guarantee, ensuring optimized performance of the wind plant with maximum power output. Blades will be produced at the MHI Vestas blade factory on the Isle of Wight.

Installation is expected in 2017.