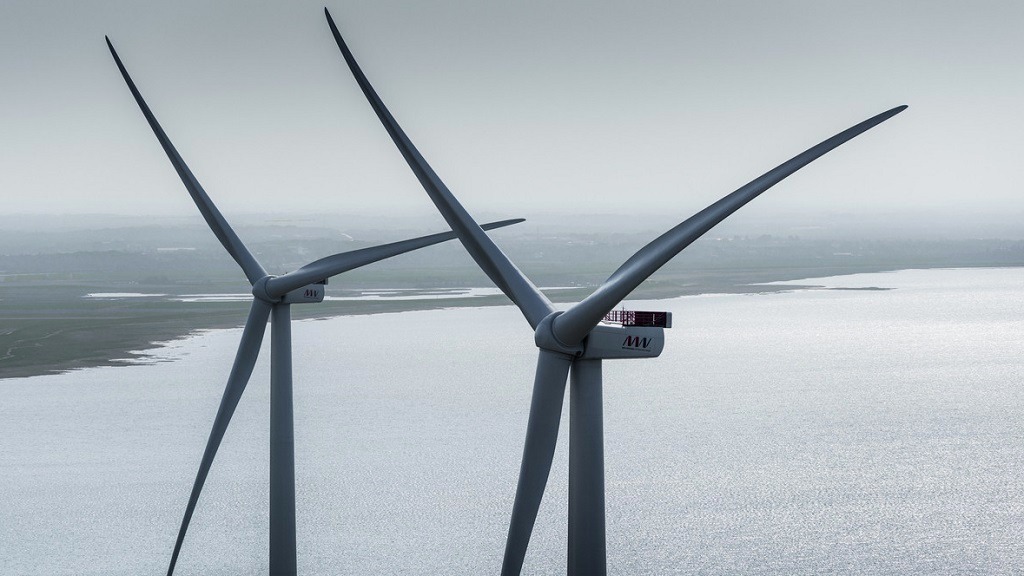 MHI Vestas Offshore Wind is supplying turbines for two separate projects in Europe – the 92.4 MW Aberdeen Offshore Wind Farm in the U.K. and the 252 MW Deutsche Bucht project in Germany.

Vattenfall-owned Aberdeen Offshore Wind Farm Ltd. has placed an order for 11 turbines for the U.K. project, also known as the European Offshore Wind Deployment Centre. MHI Vestas will deliver the V164-8.0 MW turbines and a full-scope service contract of up to 20 years.

Using an enhanced power mode, the turbines will be able to deliver an output of 8.4 MW – making them the most powerful in the world, according to MHI Vestas.

“Being nominated for our second project in Germany underlines the strength of the V164-8.0 MW as a competitive turbine for the market, where distance from the coast and deeper waters demand a larger and more powerful machine,” commented Jens Tommerup, CEO of MHI Vestas Offshore Wind. “Furthermore, our long-term, full-scope service offering will ensure maximized output at the site – optimizing the business case for British Wind Energy and making offshore wind power even more affordable.”