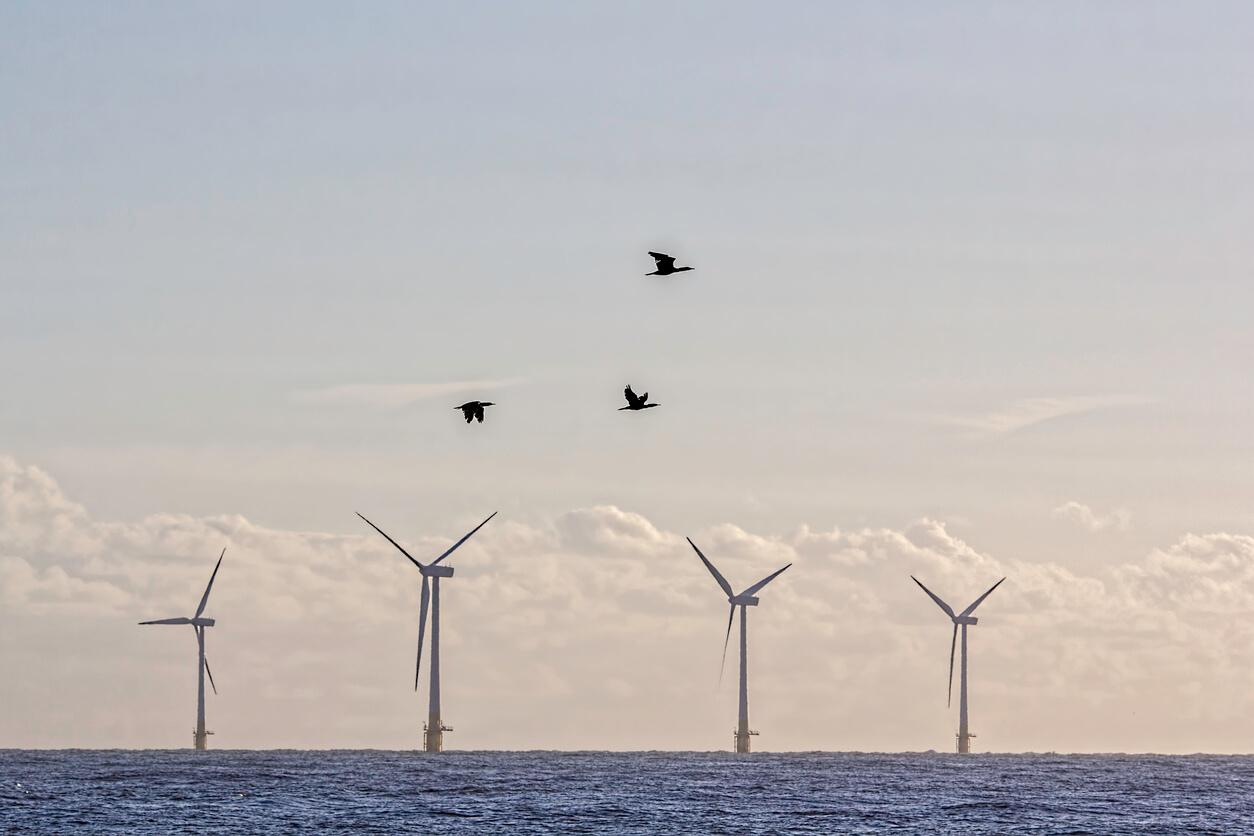 Since Maryland first enacted its Offshore Wind Energy Act in 2013, it has continued along a trajectory to become a national leader in offshore wind.

Last year, Maryland’s Public Service Commission gave regulatory approval to a combined 368 MW of capacity to the two developers – US Wind and Skipjack Offshore Energy, a subsidiary of Deepwater Wind – that had submitted proposals. In the days leading up to the PSC’s decision, the industry had been uncertain about whether Maryland’s Republican Hogan administration would share the prior Democratic O’Malley administration’s enthusiasm for offshore wind. The PSC’s strongly worded decision to go “all-in” put any such concerns to rest and made clear the state’s intent to “serve as a regional hub and a substantial base for additional offshore wind development.”

With the legislature’s and the PSC’s support both firmly in place, the industry has begun to ramp up its development activities. Skipjack recently staffed up its Maryland development team, and US Wind has expanded its team, as well.

At the same time, Tradepoint Atlantic (TPA) is moving forward with its plans to become a regional hub and staging area for offshore wind development for Maryland and the Mid-Atlantic. TPA owns the former Sparrow’s Point steel mill, a major 20th-century employer and economic engine for the state. The 3,100-acre site is strategically located in the Port of Baltimore with a deep water berth and pier, direct connections to the CSX and Norfolk Southern rail lines, and convenient access to major interstates.

Liz Burdock, executive director of the Business Network for Offshore Wind, spoke about the Tradepoint site’s benefits on the latest episode of the podcast More Power To You.

“Offshore wind is all about creating jobs and creating businesses,” Burdock said. “Jobs can’t be outsourced because the turbines are so large and heavy that if we had to ship them from far away, the transportation costs would be too high, and the developers wouldn’t be able to deliver the projects at the price points they’ve committed to.”

Despite the history of state support, local concerns from Ocean City are threatening to throw a wrench into Maryland’s offshore wind plans. Citing concerns that visible wind turbines would pose a “significant threat to the economic welfare” of the town, last month, the council voted unanimously to oppose any wind farm located closer than 26 miles from shore.

The wind farm developers’ plans call for the closest turbine to be sited 17 miles from Ocean City. According to Burdock, a minimum distance of 26 miles, “in essence, would stop the projects from happening.”

“The local jurisdiction most affected should have the final say when the federal government wants to come in and do something in your backyard,” Harris said. “We will do what it takes to move it out of sight if necessary.”

Ocean City Mayor Rick Meehan also spoke at the hearing. While acknowledging that the town had been in dialog with state and federal officials for several years, he said “the project has changed.”

Meehan said that when the project first started, the turbines were 2 MW each, “significantly smaller than what’s proposed today.”

The delegation also invited James Bennett, chief of the office of renewable energy for the U.S. Bureau of Ocean Energy Management (BOEM), to discuss BOEM’s leasing process. According to Bennett, the boundaries for the Wind Energy Areas (WEAs) were carefully delineated to avoid conflict with shipping channels and to be responsive to concerns from the U.S. Department of Defense and other agencies. According to Bennett, the 26-mile minimum distance would put the WEAs in conflict with shipping lanes and “would almost eliminate” the existing leases.

In other legislative activity, legislators have introduced two bills to strengthen Maryland’s renewable portfolio standard (RPS): The Clean Energy Jobs Act (S.B.732, H.B.1453) would increase the RPS to 50% by 2030 and increase the offshore wind carve-out from a maximum of 2.5% to 10%. The 100% Clean Renewable Energy & Equity Act (H.B.878) would aim for 100% renewable energy by 2035, with in-state offshore wind comprising 35% of the state’s total.

All three legislative proposals – the 26-mile minimum distance for offshore wind farms and the two proposals to strengthen Maryland’s RPS – have committee hearings scheduled for this week.

Visit the network’s website for more information about these and other events, including its annual International Offshore Wind Partnering Forum, scheduled this year on April 3-6 in Princeton, N.J.

Josh Cohen is the founder and principal of Polity Partners, a consulting firm that seeks to advance a clean energy future through advocacy, strategic communications and stakeholder engagement. He hosts “More Power To You,” a biweekly podcast about the policy and politics shaping the clean energy economy. Cohen is also a former mayor of Annapolis, Md., and previously served as deputy administrator of USDA’s Rural Utilities Service during the latter part of the Obama administration. He can be reached at jcohen@politypartners.com.

Update: On March 12, the House Economic Matters Committee gave an unfavorable report to HB 1135, the bill that would have set a minimum distance of 26 miles from shore for offshore wind projects that receive Maryland OREC payments.