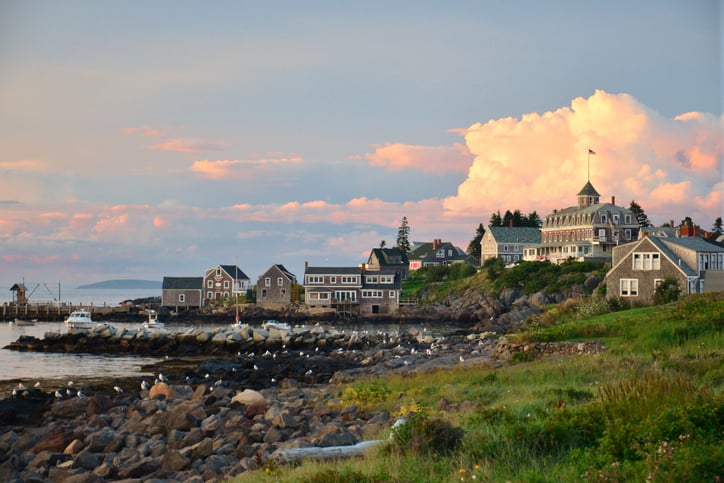 State Sen. Dana Dow, R-Maine, has proposed a bill to prevent an offshore wind test area from being built near Maine’s Monhegan Island, which the lawmaker calls a “place of rugged beauty” that is “free from commercial development and the distractions of modern life.”

A consortium including the University of Maine is developing the 12 MW New England Aqua Ventus floating offshore wind pilot project, which has received U.S. Department of Energy funding. The project, to be situated off Monhegan Island, is a floating offshore wind farm with two 6 MW direct-drive turbines to be installed on concrete, semi-submersible foundations.

Specifically, L.R.1613, “An Act To Protect Monhegan Island,” would prohibit the placement of the turbines within 10 miles of the Monhegan Lobster Conservation Area.

In 2009, the Maine Department of Conservation designated the wind site as one of three wind energy test areas off the coast of the state. According to Maine Aqua Ventus GP LLC, the sites were selected following “extensive analysis and outreach efforts by state officials” and included input from “local/federal officials, fishermen and residents.”

In a press release, Dow argues that the bill is necessary to “protect the area’s economy and culture.” The senator says the remote island is regularly visited by “many of America’s foremost artists,” as well as a “large number of seasonal residents and visitors.”

In addition, Dow claims the legislation is critical for the protection of “migratory birds that use the island as an important landfall along the North Atlantic Flyway.”

“Mainers would never allow a massive wind turbine experiment to be placed within a short distance from the top of Mount Katahdin or near the shores of Acadia National Park because these are special places – and so is Monhegan Island,” he says.

“Having said this, I firmly believe that the final decision rests with the permanent residents of the island, who need to determine the merits of this bill. I believe the need is to finally settle this issue so that outside interests will know whether they can build this project or move onto a different area.”

The senator adds that he will be “available to Monhegan residents to help resolve this issue.”