The repowering of natural gas units at three major once-through-cooling natural gas plants – Scattergood, Haynes and Harbor – had been previously planned by LADWP.

“This is the beginning of the end of natural gas in Los Angeles,” says Garcetti. “The climate crisis demands that we move more quickly to end dependence on fossil fuel, and that’s what today is all about.”

The decision to phase out the units – which together represent 38% of the city’s current natural gas portfolio – by 2029 will accelerate L.A.’s transition to 100% renewable energy and put the city on track to meet its 2050 carbon-neutral target, the mayor says.

“Science increasingly shows that the days of seeing gas as a bridge fuel are coming to an end,” notes Michael R. Bloomberg, UN Special Envoy for Climate Action. “We need to accelerate the transition to clean energy, and L.A.’s commitment to helping to lead the way is an important sign of progress.”

In order to more quickly discover clean options to replace the power generated by the three plants, Garcetti has directed LADWP to shift the focus from its previous Strategic Long Term Resource Plan to the current 100% Renewable Energy Study — a $10 million analysis launched in 2017 with the National Renewable Energy Laboratory to determine a feasible path to 100% clean energy.

“LADWP’s local generation and transmission system has served the city well for over a century,” says Mel Levine, LADWP’s board president. “But it’s time to reimagine it and reconfigure so that while we maintain reliability and affordability, we transition away from reliance on natural gas as quickly as possible. Climate change demands our vigilance and bold action.”

“This announcement is nothing short of historic. Today’s advanced renewable energy technologies – like smart solar and energy storage – can do an even better job of powering our lives reliably, safely and affordably, all while creating local jobs and cleaning up the air,” says Bernadette Del Chiaro, executive director of the California Solar and Storage Association. “On behalf of California’s clean energy manufacturers, software entrepreneurs, contractors and builders, we applaud Mayor Garcetti’s and LADWP’s leadership and look forward to working together in harnessing all of our abundant sunshine into clean energy.”

A Natural Resources Defense Council (NRDC) blog from Michele Knab Hasson points out that LADWP, serving more than 4 million people, will “still plan to procure the least-cost energy” but will do so in the purview of S.B.100, mandating 100% zero-carbon energy by 2045.

Regarding electric reliability concerns, Hasson says the mayor has noted that “as long as LADWP continues investing in batteries and other clean energy technologies, there should be no electricity service issues if the Scattergood plant is retired by 2024 and the Haynes and Harbor plan by 2029.”

The Sierra Club says the city will invest in transmission improvements and at least 3 GW of clean energy and battery storage resources that will create thousands of union jobs.

“This is a tremendous showing of leadership by the mayor and LADWP and one of the best decisions we can make for the health, safety and prosperity of our city,” says Luis Amezcua, senior campaign representative for the Sierra Club’s My Generation Campaign. 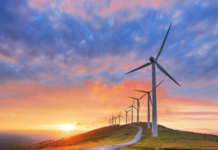 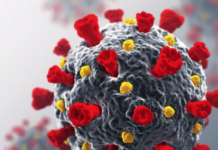 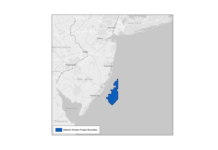 Stupidity like yours will not win the day. I want a clean environment based on science, not emotion.