Although non-hydro renewables are likely to be the primary option for supplying the bulk of California’s zero-carbon electricity supply in 2045, it is not clear what California’s lofty new goal means for wind energy. Permitting in California is difficult, and federal land use policies have dramatically curbed wind development on Bureau of Land Management land. Additional wind energy may be available from outside of the state or offshore. But out-of-state procurement has been hampered by stalled efforts to authorize the expansion of the California Independent System Operator. And major challenges bedevil offshore wind, including a lack of transmission, U.S. Navy operations conflicts, deep-water engineering challenges and a lack of port infrastructure.

In the near term, S.B.100 will create opportunities for repowering California’s 1980s vintage wind projects, a limited number of in-state greenfield sites and out-of-state projects that can deliver directly to California’s grid. Because nothing in California is ever easy, even these opportunities have been frustrated by the market stagnation caused by a rapid proliferation of community choice aggregators (CCAs) – cities and counties that are now buying power for their citizens. Already serving over 8 million customers, CCAs are scheduled to pull increasingly substantial amounts of load away from the state’s investor-owned utilities, and yet the programs are thus far not truly on their feet.

By 2021, California’s RPS requires all retail sellers to have at least 65% of their RPS purchases under contracts lasting 10 years or more. To date, however, most purchases by CCAs have been three years or less. A chief reason for this is that CCAs were awaiting a California Public Utilities Commission (CPUC) decision on the “exit fee” they would need to pay to cover the renewable energy and other costs previously incurred by the utilities on behalf of all customers. In October, the CPUC adopted an exit fee that the CCAs claimed would be “devastating,” and which they have vowed to contest through litigation or legislative efforts. The CPUC’s decision does not, therefore, appear to have immediately resolved the current market stagnation.

Assuming the CCAs eventually begin to procure energy on a long-term basis, their proposed long-term plans do indicate a strong interest in wind energy. A Northern California CCA has even begun exploring the development of an offshore wind facility in the next five years, despite “expected high levelized costs.” But, concerns have been raised that CCAs lack the financial wherewithal to support project financing; these entities have little or no credit history or assets. Some advocates are calling for the creation of a third-party “procurement entity” that would be tasked with procuring renewable energy on a long-term basis, backed by recourse to all customers. While CCAs consider that an attack on their model, a procurement entity may be necessary to ensure achievement of California’s near-term RPS goals.

It Starts at the Top: The Role of the General Plan

Although the purpose of such efforts is to encourage renewable energy, some general plans restrict utility-scale energy production. For example, San Bernardino County’s Renewable Energy Element (2017), funded in part by a CEC grant, states a strong preference for “local production for local consumption.” However, the energy from most wind energy projects is destined for the grid and not “for local consumption.” Even though the National Renewable Energy Lab has determined that the county’s mountain ridges in the desert areas are “highly suitable” for wind energy development, San Bernardino County’s general plan is likely to circumscribe wind energy development.

Kern County, on the other hand, was one of the first counties to adopt a wind-friendly general plan. This commitment to wind energy catapulted Kern ahead of other counties – in fact, ahead of other countries – in wind energy production. In 2017, Kern County had over 3,000 MW of online production from wind energy from over 4,000 operating turbines, representing approximately 50% of all capacity in the state, according to the California Energy Commission. In May of this year, the United States Geological Survey named Kern County “the wind turbine capital of the world,” with more operating turbines than the entire eastern U.S. and a higher density of turbines than anywhere in the world, according to the Washington Post.

Actions that would eliminate permitting barriers for wind energy at the general plan level include as follows:

Jumping Through the Zoning Hoops

The use permit process is a major hurdle for wind energy development in California. Use permits are “discretionary,” meaning counties can apply subjective criteria to their permit decision and they are subject to the California Environmental Quality Act (CEQA). Compliance with CEQA is the most time-consuming and litigation-provoking hurdle for any kind of development project in California.

A second zoning hurdle is outdated zoning. For example, the zoning codes of several counties cap turbine heights at 200 feet. These limits preclude the use of most modern turbines, requiring either a height variance or an amendment to the zoning ordinance.

Kern County has pioneered a streamlined zoning approach for wind energy development, using a wind energy (WE) “combining district.” After the land is zoned WE, wind is allowed by right, without a use permit and with only the issuance of a ministerial “detailed plot plan.” Under state law, ministerial permits are exempt from CEQA. To ensure adequate environmental protection, the detailed plot plan requires demonstration of compliance with a variety of development standards in the zoning and other environmental protection measures but avoids a site-specific re-examination of the impacts of wind energy development on WE-zoned lands.

Actions that would eliminate barriers at the zoning level include as follows:

Wind energy projects use only a nominal amount of water. Nonetheless, industrial projects that cover more than 40 acres of land, including wind energy projects, are subject to California’s water supply planning law (S.B.610), requiring preparation of a water supply assessment (WSA). Depending on the complexity of the water supply issues, the WSA requirement can add months and tens of thousands of dollars to a permitting budget. The legislature should restore the exemption that applied to wind energy projects demanding 75 acre-feet or less of water per year.

CEQA also provides a large litigation target. In particular, labor unions seize on CEQA to advance their economic interests. A multiyear study by J. Hernandez in the winter 2018 issue of “Hastings Law Journal,” compiling data from lawsuits filed since CEQA was enacted in 1970, demonstrates the opportunities for and frequency of abuse of CEQA.

“CEQA has evolved into a legal tool most often used against the higher density urban housing, transit and renewable energy projects, which are all critical components of … California’s ongoing efforts to remain a global leader on climate policy,” the author of the study observes.

“… Environmental advocacy groups like the Sierra Club brought only 13 percent of these suits, while … groups with environmental-sounding names filed nearly half of these suits. Additionally, lawsuits can be filed by parties attempting to advance an economic rather than environmental agenda, such as business competitors, labor unions and ‘bounty hunter’ lawyers seeking quick cash settlements, even if they have no real client.”

Projects seeking to complete construction before expiration of the federal production tax credit (Dec. 31, 2020, for its full value) are likely to face permitting headwinds from these labor unions using CEQA to extract project labor agreements.

Measures that would reduce CEQA burdens include the following:

While S.B.100 will likely create additional opportunities for in-state wind energy projects, especially repowers, leadership is needed to maintain market momentum and to streamline the permitting process for new and repowered wind projects in California. 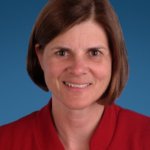 Anne E. Mudge is a partner in the San Francisco office of Cox, Castle & Nicholson LLP. A siting and permitting lawyer for land use development and utility-scale energy projects, she has been involved in the development of thousands of megawatts of renewable energy in California, guiding numerous major energy plants through CEQA/NEPA compliance and helping to secure the local, state and federal permits necessary to construct and operate the projects. Mudge can be reached at amudge@coxcastle.com or (415) 262.5107. 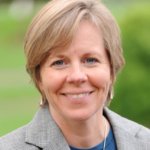 Nancy Rader is the executive director of California Wind Energy Association (CalWEA). She has over 25 years of experience as a renewable energy advocate and has represented CalWEA since its inception in 2000. Rader can be reached at nrader@calwea.org.