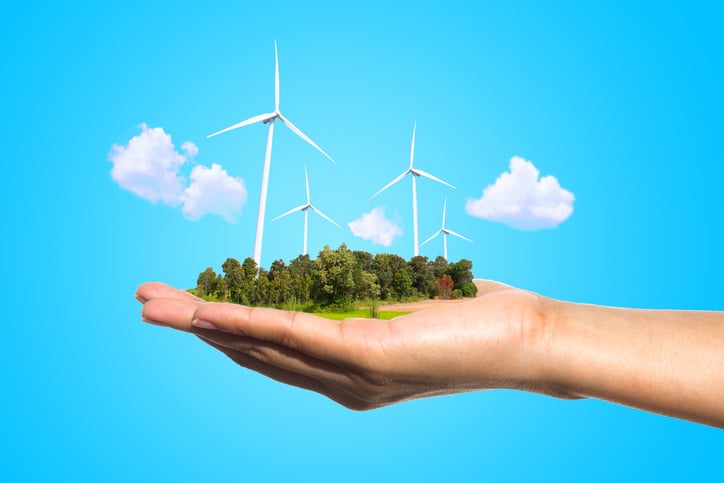 A bill that would provide a multiyear extension of the investment tax credit (ITC), including for small-scale wind power and other clean energy technology, has been re-introduced by bipartisan lawmakers.

U.S. Reps. Tom Reed, R-N.Y., and Mike Thompson, D-Calif., have proposed the “Technologies for Energy Security Act,” which would provide parity with solar energy’s tax extension passed into law in 2015, explains the Distributed Wind Energy Association (DWEA), which is touting the benefits the bill would provide to the distributed wind industry.

Notably, according to DWEA, the legislation would extend both the business ITC and the residential ITC through 2021.

“Distributed wind power provides benefits to rural communities and small businesses across the country,” comments Jennifer Jenkins, executive director of DWEA. “We applaud Reps. Reed and Thompson and the other original co-sponsors for their leadership in introducing this legislation.

Co-sponsored by a number of other bipartisan U.S. representatives, H.R.1090 is described as follows: “To amend the Internal Revenue Code of 1986 to extend the credit for residential energy efficient property and the energy credit.” As of press time, the full text of the bill, which was introduced in the House on Feb. 15, has not yet been released.

Mike Bergey, president of DWEA, notes that although distributed wind has the potential to expand in the way solar has in recent years, it will take “smart, timely federal policies to bring the technology’s potential to reality.”

However, he points, out, “This bill moves us much further in that direction.”

“It’s a real shame that homeowners can get a federal tax credit on an imported solar system but not a small wind turbine built in America,” Bergey says. “This bill fixes that.”