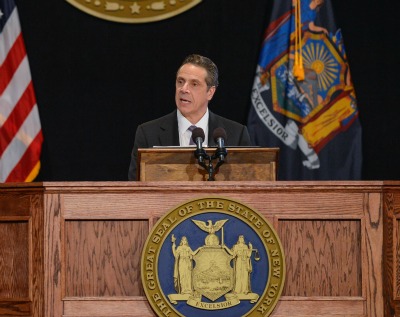 In support of his directive for the state to reach 50% renewable energy by 2030, Gov. Andrew M. Cuomo, D-N.Y., has announced $360 million in awards for 11 large-scale renewable energy projects throughout the state.

The governor made the announcement during his recent State of the State address, which also included a proposed commitment to develop up to 2.4 GW of offshore wind off the coast of New York by 2030.

According to the New York State Energy Research and Development Authority (NYSERDA), these newly announced projects are expected to generate enough power for more than 110,000 homes each year and reduce carbon emissions by more than 420,000 metric tons.

Due to the robust response to the project solicitation and the approval of the state’s Clean Energy Standard, the amount of the solicitation was increased by $210 million – from $150 million to $360 million, says NYSERDA.

In Lewis County, Invenergy Wind Development LLC will build a 105.8 MW wind farm in the towns of Lowville, Harrisburg and Denmark.

In addition, in Steuben County, NextEra Energy Resources LLC will develop a 101.2 MW wind project in the towns of Greenwood, Troupsburg and West Union.

On the solar side, Hecate Energy LLC will build a 50 MW facility in Coxsackie in Greene County.

“Large-scale renewables are a critical component in achieving Gov. Cuomo’s nation-leading energy goals of 50 percent renewable power by 2030 and a 40 percent reduction in greenhous-gas emissions over the same time,” comments John Rhodes, president and CEO of NYSERDA. “These projects will provide renewables, aggressively reduce emissions and make energy more affordable for New Yorkers.”