Hydro-Québec has selected Hitachi Energy for its high-voltage direct current (HVDC) technology for the transmission of electricity between the Quebec network, in eastern Canada, and New York.

Hydro-Québec, the largest hydroelectricity producer in Canada, is a public company that generates, transmits and distributes reliable, clean and renewable electricity in Québec. With its surplus energy, it supplies the Canadian provinces and the northeastern United States.

“We are proud to be returning to the Chateauguay HVDC station, after helping to build it almost four decades ago,” says Niklas Persson, managing director of Hitachi Energy’s Grid Integration business. “This new system represents an important enhancement to the ability to transmit large-scale hydro power between Canada and the United States, which will support the shift away from fossil fuel.”

Hitachi Energy is supplying a “back-to-back” converter station, which converts AC power to DC then reconverts it to AC from DC enabling the interconnection of the 735 kV Canadian and 765 kV New York grids which are “out of phase” and cannot be connected directly via traditional AC systems. 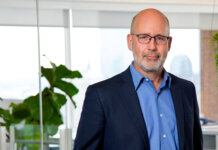 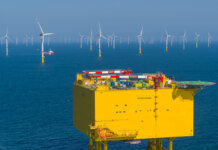