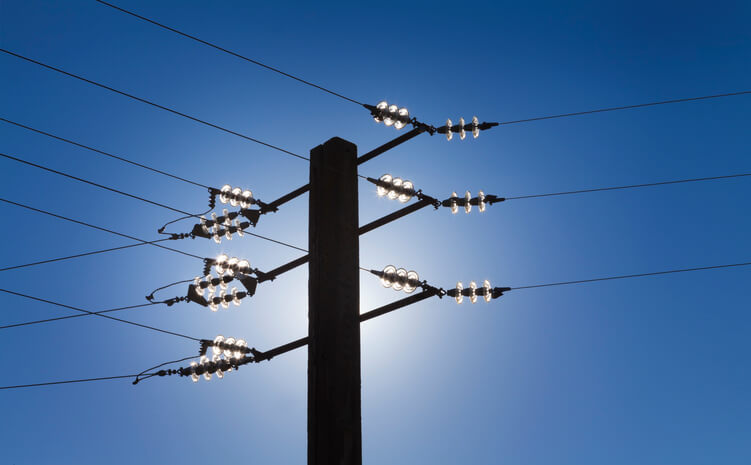 Not long after the release of the agency’s grid reliability study, Rick Perry, secretary of the U.S. Department of Energy (DOE), has formally proposed that the Federal Energy Regulatory Commission (FERC) take “swift action to address threats to U.S. electrical grid resiliency” – a move being widely opposed by many clean energy groups that claim the request favors coal and nuclear generation.

Pursuant to his authority under Section 403 of the Department of Energy Organization Act, Perry urged the commission to issue a final rule requiring its organized markets to “develop and implement reforms that would fully price generation resources necessary to maintain the reliability and resiliency of our nation’s grid,” a release from the DOE explains.

“A reliable and resilient electrical grid is critical not only to our national and economic security but also to the everyday lives of American families,” states Perry. “A diverse mix of power generation resources, including those with on-site reserves, is essential to the reliable delivery of electricity – particularly in times of supply stress, such as recent natural disasters.”

According to the agency, the recent grid report showed that even though today’s grid is reliable, market distortions are “threatening its resilience and the future of American energy security.” Thus, FERC “needs to act swiftly to ensure that the resiliency attributes of electrical generation from facilities with on-site fuel supplies are fully valued,” says the DOE.

If adopted by FERC, the reforms would do as follows, according to the agency:

According to the Natural Resources Defense Council (NRDC), FERC’s new ruling would radically change the way it regulates energy prices – in turn, propping up coal-fired and nuclear power plants.

“Rick Perry is trying to slam through an outrageous bailout of the coal and nuclear industries on the backs of American consumers,” says Kit Kennedy, director of the NRDC’s Energy & Transportation Program. “This radical proposal would lead to higher energy bills for consumers and businesses, as well as dirtier air and increased health problems. DOE’s proposal is unprecedented and ignores the findings of its own report on electricity markets and grid reliability, which did not demonstrate any need to bail out these large, uneconomic power plants.”

Amy Farrell, senior vice president of government and public affairs for the American Wind Energy Association (AWEA), says the group is concerned that the proposal would “upend competitive markets that save consumers billions of dollars a year.”

“The best way to guarantee a resilient and reliable electric grid is through market-based compensation for performance, not guaranteed payments for some, based on a government-prescribed definition,” she says. “We look forward to participating in the process as FERC begins to consider the proposed rule.”

Graham Richard, CEO of Advanced Energy Economy (AEE), adds, “Simply put, this proposed rule has something for everyone to dislike. If you’re a believer in competition and free markets, this rule would insert the federal government squarely into the middle of market decisions. If you are driven by keeping energy costs low, this rule would impose higher energy costs on consumers for no tangible benefit by forcing electricity customers to pay to keep uneconomic power plants in operation. Finally, if you are driven by innovation and technology, this rule purposefully puts a thumb on the scale for existing, century-old technology at the expense of modern advanced energy that is currently winning based on price and performance.”

Furthermore, Mary Anne Hitt, director of the Sierra Club’s Beyond Coal campaign, claims Perry is “doing the bidding of the fossil fuel industry” and “ignoring the fact that FERC is an independent agency tasked with listening to stakeholders to fix actual problems with the grid, not imaginary ones that only benefit a few uncompetitive industries – namely coal and nuclear.”

“The Federal Power Act clearly states that FERC cannot favor one energy source over others in its rulemakings, and Perry’s ask – without evidence or common sense – seeks to prop up dangerous coal and nuclear plants that can no longer compete in the wholesale market,” she says. “We are prepared to take to court any illegal rule that props up dirty fossil fuel plants or weakens clean energy’s market access.”

In response to Perry’s request, 11 energy industry associations representing natural gas, wind, solar, rural electric cooperatives and other energy technologies have filed a motion that calls on FERC to move forward with a “deliberative process that considers stakeholder input as it determines whether and how to move forward with a rulemaking.”

Specifically, the energy industry associations’ motion does as follows:

· Opposes the DOE’s request for an interim final rule;

· Requests that any comment period be at least 90 days, given potential ramifications for consumers and billions of dollars of electric sector investments;

· Requests a technical conference be held prior to the end of the comment period for stakeholders to better understand the proposal and provide meaningful input; and

· Notes that the other deadlines in the DOE proposal are “wholly unreasonable and insufficient” and should be extended, should FERC “decide to proceed with a rulemaking of this type at all.”