The 12 MW, two-turbine Maine Aqua Ventus pilot project, supported by $39.9 million in grant funds from the U.S. Department of Energy, will deploy floating turbines, designed by the UMaine, off the state’s coast. The floating platforms and other components will be assembled in Maine and, once installed, will provide clean energy to the state and serve as a valuable demonstration for future development in Maine and elsewhere, says Mills.

The project has been riddled with setbacks over the years, particularly under the administration of former Gov. Paul LePage. In 2014, the PUC approved a term sheet that laid out the provisions of a potential long-term power purchase agreement (PPA) between the project and Central Maine Power. The regulators signed off on a $0.23/kWh price tag and said they would need to review and approve any final contract. Last year, however, citing power price concerns, the PUC decided to reopen the public comment period before approving a PPA.

Then, following the public comment period, the PUC voted to review the term sheet for the project after claiming that changes had occurred – e.g., energy market price projections – since the wind farm’s term sheet was originally approved more than four years earlier.

“With the innovative work being done at University of Maine, our state has the potential to lead the world in floating offshore wind development,” says Mills. “This long-overdue bill will move us in that direction.”

“The University of Maine has become a national leader in research and development around wind power, composite materials and other important areas,” notes State Sen. David Woodsome, the Republican sponsor of the legislation. “The Aqua Ventus program is one more area where Maine can take the lead in the kind of research that could yield results that impact the world.”

Mills has also announced that the State of Maine has accepted an invitation from the Bureau of Ocean Energy Management (BOEM) to participate in a federally led Gulf of Maine Intergovernmental Regional Task Force on offshore wind with New Hampshire and Massachusetts. The task force, which involves governmental agencies, will seek to identify potential opportunities for renewable energy leasing and development on the Outer Continental Shelf in the Gulf of Maine.

Additionally, Mills has announced that this summer, she will direct the creation of the Maine Offshore Wind Initiative, which will identify opportunities for offshore wind development in the Gulf of Maine and determine how Maine can best position itself to benefit from future offshore wind projects. Importantly, the initiative will also be charged with promoting compatibility between potential future uses and existing uses in the Gulf of Maine to inform offshore wind siting considerations and minimize any impact on Maine’s commercial fishing and maritime industries.

“Offshore wind represents a great opportunity for Maine’s energy future and our economy,” adds Mills. “The development of offshore wind technology in Maine will create jobs, help us meet our energy needs with our own resources and reduce carbon emissions in the process. The Maine Offshore Wind Initiative will lead this work. Participating in the federal task force will also give Maine a seat at the table to ensure that development moves forward with the least impact to commercial fishing and other ocean-dependent industries.”

In 2009, an Ocean Energy Task Force released a report that identified significant offshore wind resources off the coast of Maine. The new initiative will use this work as a foundation for continued planning efforts. Federal jurisdiction begins three miles beyond the coast. 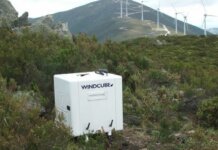 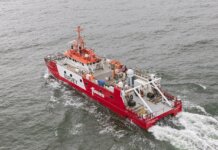