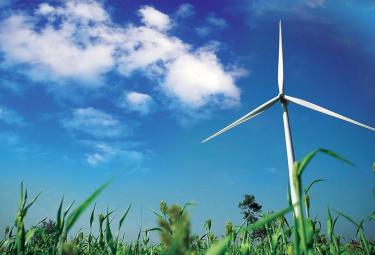 Coming off a record year for its onshore wind sector, GE has made two executive changes within its renewables businesses.

Anne McEntee has been named vice president of the renewable energy services division, and Pete McCabe will succeed McEntee as president and CEO of onshore wind.

In the newly created position, McEntee will be working closely with each GE Renewable Energy service organization, as well as the digital team. GE says the goal is to expand service agreements and explore new OEM services. Prior to this role, McEntee led the onshore wind business starting in 2013; she also previously held the role of CEO of GE’s flow and process technologies and power services unit.

McCabe is a 22-year veteran of GE; he most recently served as the vice president of the Global Services Organization, a $2.2 billion unit of GE Transportation.

GE’s renewable energy services business is a horizontal initiative that works with the onshore wind, offshore wind and hydropower units.

“The creation of a services offering is critical for our business to be even smarter, more efficient and faster,” says Jérôme Pécresse, president and CEO of GE Renewable Energy. “I am confident that under Anne’s leadership, our dedicated service business will continue to grow, and I know that Pete, with his strategic problem-solving and willingness to embrace disruptive technology, is well suited to keep our onshore wind business on this positive track.”