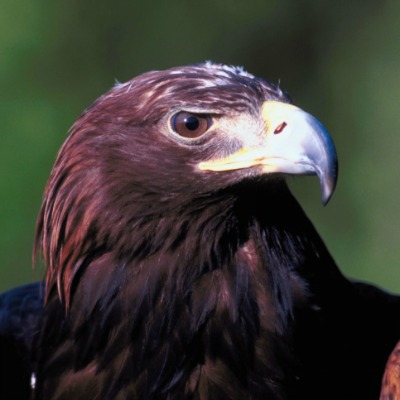 The Bald and Golden Eagle Protection Act (BGEPA) created permit provisions that can allow the unintentional ‘take’ of bald or golden eagles, provided that the take is incidental to, but not the purpose of, an otherwise-lawful activity. ‘Take’ has been broadly defined to include various forms of intentional harm, as well as molesting and disturbing these eagles. Programmatic take permits apply to takes resulting in mortality (as opposed to merely disturbance) or recurring take that is unavoidable, even after application of Advanced Conservation Practices (ACPs), scientifically supportable techniques to reduce disturbance or mortality. Currently, there are no approved ACPs, so all are considered experimental.

When these permits became available, several companies initiated the permit process, but EDF Renewables' Shiloh IV was the first and is the only project so far to get a programmatic take permit pursuant to the BGEPA. Shiloh IV is a repowering project, and it replaced existing turbines with fewer, larger and more efficient turbines. Golden eagles are present in the Montezuma Hills Wind Resources Area (WRA) where the project is located and, therefore, could be affected by the project, but bald eagles are not expected to be at risk from the project, according to the FWS.

The federal action undertaken in this case – and, for the purposes of the National Environmental Policy Act (NEPA), the FWS' Purpose and Need – was to consider the issuance of a programmatic take permit to EDF under the BGEPA, which would allow Shiloh IV to continue operations without the risk of prosecution. As in all BGEPA permit applications, the FWS had to consider whether any incidental take was necessary to protect legitimate interests, whether such take would be compatible with the preservation standard set forth in the BGEPA, and whether proposed levels of take had been avoided and minimized to an acceptable degree using ACPs.

The FWS model was based on the conservative assumption that the project would kill 0.89 eagles per year, rounded up to five eagles in the first five years.

The FWS also considered, but eliminated, several other alternative mitigations, including lead abatement, research funding, turbine removal and others.

The public was allowed the opportunity to comment on the Draft EA during a 45-day comment period, which was subsequently extended due to the shutdown of the federal government.

Following public comments on the Draft EA, the FWS rendered its Finding of No Significant Impact for the Shiloh IV take permit. Compensatory mitigation for Shiloh IV includes retrofitting utility poles owned by Pacific Gas & Electric Co. near Fort Hunter Liggett in Monterey County to render them safer for eagles, as well as other raptors (obviously, outside the Montezuma Hills WRA and Solano County). Other ACPs, including monitoring, will be added on an adaptive management basis, depending on the number of eagle mortalities.

What it means
What does this mean for other wind energy projects? These programmatic take permits – unlike, for example, permits issued for take under the Endangered Species Act – can be sought after construction and operations have begun.

With the issuance of the Shiloh IV permit and the recommendation from FWS that operators secure a permit, more operators may be seeking similar permit coverage.

Whether your project seeks an eagle take permit, and whether additional or entirely different compensatory mitigations or ACPs can apply, will depend on a variety of factors that should be carefully evaluated in light of solid information and open dialog with permitting agencies.

Even as the discussion continues about the possible consequences of permitting unintended take of bald and golden eagles, the FWS is evaluating whether to extend the life of take permits for both bald and golden eagles from five to 30 years, closer to the projected lifespan of current wind energy projects. The FWS is accepting public comments on this proposed ‘rule change’ until July 12.

Author's note: Dr. David Plumpton is an ornithologist, ecologist and certified wildlife biologist working in Ecology & Environment Inc.'s San Francisco office. He focuses on traditional and renewable energy project permitting and compliance issues throughout the western U.S. Plumpton can be reached at (415) 398-5326, or at dplumpton@ene.com.