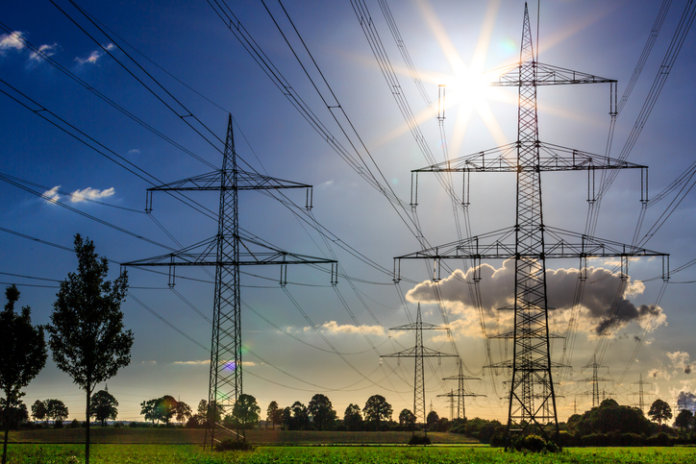 In a move being applauded by renewable energy groups, the Federal Energy Regulatory Commission (FERC) has terminated its consideration of the U.S. Department of Energy’s (DOE) grid proposal that many feared would have been a bailout for coal and nuclear.

On Monday, FERC announced it would be ending the proceeding it had initiated to consider the DOE’s Sept. 29 proposal on grid reliability and resilience pricing, which was issued a month after the DOE released its controversial study exploring the reliability of the U.S. electric grid.

DOE Secretary Rick Perry had proposed that FERC take “swift action to address threats to U.S. electrical grid resiliency.” Specifically, he urged the commission to issue a final rule requiring its organized markets to “develop and implement reforms that would fully price generation resources necessary to maintain the reliability and resiliency of our nation’s grid,” the DOE said. In response, the Natural Resources Defense Council (NRDC), for example, predicted that the new FERC ruling would radically change the way energy prices are regulated and prop up coal and nuclear.

However, FERC says it places a priority on resilience and has, instead, initiated a new proceeding to holistically examine the resilience of the bulk power system. The commission notes that it must remain vigilant with respect to resilience challenges, considering affordable and reliable electricity is vital to the country’s economic and national security. The commission also expresses its appreciation to Perry for his having reinforced grid resilience as an important issue that warrants the further attention of FERC.

In the new proceeding, FERC directs regional transmission organizations (RTOs)/independent system operators (ISOs) to submit information to the commission within 60 days, followed by 30 days for public comments. Specifically, FERC requests that each RTO/ISO provide (1) comment on FERC’s proposed definition of resilience; (2) an explanation of how they assess threats to resilience, including physical and cyber attacks, accidents, extended fuel-supply disruptions, and extreme-weather events; and (3) an explanation of existing or additional market-based approaches RTOs/ISOs rely on to mitigate risks to resilience.

Now, applauding FERC’s decision, John Moore – director of the Sustainable FERC Project housed within the NRDC – exclaims in a statement that “the law and common sense prevailed over special interests.”

“The FERC correctly found that the Department of Energy’s proposal violated the basic requirements of the Federal Power Act,” Moore says. “Secretary Perry’s plan would have subsidized coal and nuclear plants with a 90-day fuel supply, yet Perry never explained why those plants were inherently more reliable or resilient.

“FERC’s decision to ask the regional grid operators how they currently ensure a resilient grid is a reasonable first step. A well-thought-out inquiry into resilience could help strengthen America’s electric grid. But that will happen only if FERC abandons the Trump administration’s inappropriate focus on aging and unneeded coal and nuclear plants, properly defines resilience, and truly investigates how to build a 21st-century electricity system.”

He continues, “We need a grid that depends on fewer, not more, power plants creating the pollution fueling the extreme weather threatening the system’s ability to bounce back from these events. That means we need more energy efficiency, wind and solar power to be truly resilient.

“Rick Perry’s scheme to prop up aging nuclear and dirty coal plants was never about making sure the lights and heat stayed on. It was about protecting the bank accounts of plant owners with a more than $14 billion bailout at the expense of everyday Americans’ budgets, health and safety,” Moore concludes.

In response to FERC’s decision, Tom Kiernan, CEO of the American Wind Energy Association (AWEA), says in a statement, “Every American shares an interest in preserving and strengthening the U.S. power grid that keeps our lights on and powers our economy. We’re encouraged by FERC’s action because it recognizes that no past or planned power plant retirements threaten grid resilience. This action starts a thorough look at how to assess the grid’s resilience and how FERC and the RTOs might apply further market-based approaches to protect it.”

He adds, “In particular, we’re glad to see FERC’s focus on wholesale electric market rules, transmission planning and standards set by the North American Electric Reliability Corp. Those are all key to ensuring long-term grid resiliency.”

AWEA also joined the Solar Energy Industries Association, Natural Gas Supply Association, Energy Storage Association, American Council on Renewable Energy and Advanced Energy Economy in releasing the following statement: “We are very encouraged by the action taken by FERC [on Monday]. We look forward to engaging with FERC, DOE and grid operators in an examination of what resilience of the electric power system means and requires and to demonstrating the contribution of our industries to ensuring reliable power for all.”

Mary Anne Hitt, director of the Sierra Club’s Beyond Coal campaign, adds in a statement, “FERC’s announcement is a return to reality after months of billionaire coal and nuclear executives pressuring DOE and FERC to illegally set up bailouts for their uneconomic plants.”

In an analysis of FERC’s decision, Jason Johns, partner at law firm Stoel Rives, says in a blog that the commission has “effectively washed its hands of the secretary’s proposal, leaving it for the market operators to put an end to (or reshape) the issue of ‘resiliency.'”

Johns suggests that the commission “seems intent on not arbitrarily tinkering with market forces, refusing in this instance to prop up uneconomic coal and nuclear facilities using payments for loosely defined and controversial characteristics.” Rather, he says, FERC “reaffirmed its support for markets and market-based solutions, acknowledging that sometimes the market compels retirements simply because a technology has become uneconomic.”