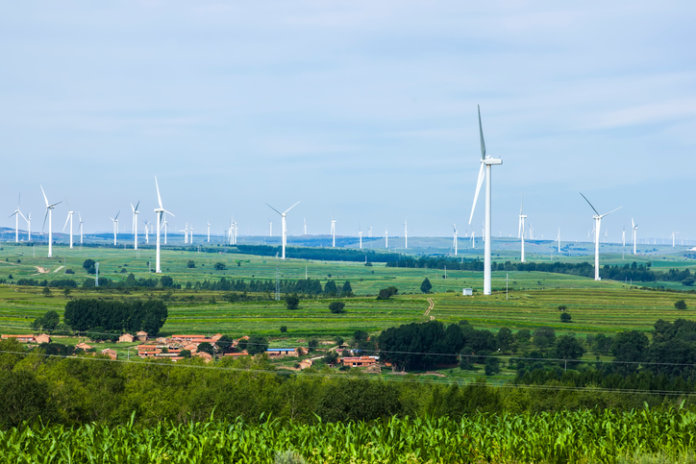 A new report from research and consultancy firm Wood Mackenzie predicts more than 680 GW of new wind power capacity to come online globally over the next decade.

Wood Mackenzie Power & Renewables recently upgraded its “Global Wind Power Market Outlook Update: Q4 2018” by 2% compared to the outlook it published in the third quarter. Most upgrades occur in the medium term, with a boost in annual capacity additions in 2020-2023 by an average of 2.7 GW.

The U.S. specifically has received an upgraded quarter-on-quarter (QoQ) outlook, the report says.

By the end of 2027, U.S. installed offshore capacity is expected to total approximately 10 GW, according to the report. (Currently, only the 30 MW Block Island offshore wind project is operational in the U.S.) This 10 GW of capacity represents 15% of all new U.S. capacity over the 10-year outlook, says Wood Mackenzie.

“Attractive price signals are expected to motivate an increase in state-level procurement activity from both pioneering states, such as Massachusetts and New York, as well as new entrants over the long term, such as California and Delaware,” says Luke Lewandowski, Wood Mackenzie’s director of Americas power and renewables research, as well as lead author of the report.

Further, for the U.S. onshore sector, policy commitments in California and industry confidence in exploiting lower-value levels of the production tax credit justify a modest upgrade in this sector, the report says. Cost-out gains and higher production expectations from new turbine technology boost prospects for workable project economics under the phased-down incentive.

In all of the Americas, election results in Brazil, Mexico and Quebec, Canada, may impact the wind power outlook in these markets, according to the report. Conservative wins in Brazil and Canada threaten the prospects for wind power development in the long term. The impact of a more liberal administration in Mexico is unclear, but the new government will need to address a balance between development and indigenous interests for the outlook to be fulfilled, says Wood Mackenzie.

In Europe, the maturation of the offshore sector continues to be a strong driver of wind in the region, the report notes.

“With 16 GW of offshore wind power capacity installed in Europe by the end of 2018 and more than 47 GW expected to come online in the region from 2018 to 2027, the European offshore sector continues to be a focal point of growth for the wind power industry,” says Lewandowski.

Recent favorable announcements from the governments of Japan and South Korea have resulted in a more than 1.5 GW upgrade QoQ, according to the report. By the end of the 10-year outlook, this support will yield an installed offshore base of more than 2 GW in each country. The firm notes this is a significant rate of growth, considering that neither country has more than 100 MW of offshore wind power capacity installed today.

Countries in Scandinavia – namely, Sweden, Norway and Finland – represent the most significant changes to Wood Mackenzie’s onshore wind power outlook this quarter. Increasingly competitive cost levels and an expectation for higher power prices across Europe have triggered a flurry of project investment announcements and power off-take commitments in the sub-region, specifically from the increasingly important corporate and industrial sector. With a more than 5 GW upgrade QoQ, these three countries will account for 15% of new onshore capacity installed in Europe over the next 10 years, according to Wood Mackenzie.

Global order intake capacity increased 28% year-over-year in the third quarter. Although the Chinese market continues to drive firm turbine order volume, there are plenty of encouraging signs from other regions, particularly in Africa.

In addition, the share of order intake capacity from the offshore sector grows as demand proliferates globally.

Lastly, although not all order announcements include a specific project location, the assumption is that a large share is destined to fulfill safe harbor orders in the U.S. market ahead of tax credit expiration.