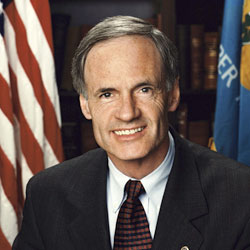 Sen. Tom Carper, D-Del., told NAW that he continues to advocate for the extension of the expiring ITC, specifically for the bill he co-introduced with Sen. Olympia Snowe, R-Maine, last year.

Over the last few weeks, Carper has continued to push for the ITC. In addition to meeting with colleagues, he spoke of the legislation at a Senate Finance Committee hearing last week.

When speaking with NAW, Carper pointed out that the production-based PTC will do little to jump-start the U.S. offshore wind industry.

‘Part of the challenge is to explain to our colleagues that the PTC is not the ballgame for offshore wind,’ he said.

Just like in recent discussions about the PTC, incentive duration also has come into question for the ITC. Rather than tying a finite amount of time to the ITC, Carper is more concerned with the size of the incentive.

‘The approach that Olympia and I have taken is that we want to make sure that the ITC is a big enough number,’ he said.

Offshore wind remains a key component of Carper's energy agenda. In his home state, developer NRG Energy continues to work with the U.S. Bureau of Ocean Energy Management toward a lease for its 200 MW Mid-Atlantic Wind Park, proposed for a site off the Delaware coast.

While his Senate colleagues tackle a wide variety of issues, Carper said he will continue to focus on offshore wind.

‘One of the things I learned around here is that if you spread yourself so thin with 20 items on your agenda, you're not going to get anything done,’ he noted. ‘We are working slowly but surely. At the end of the day, I will work like a demon to get smart policy for the ITC.’