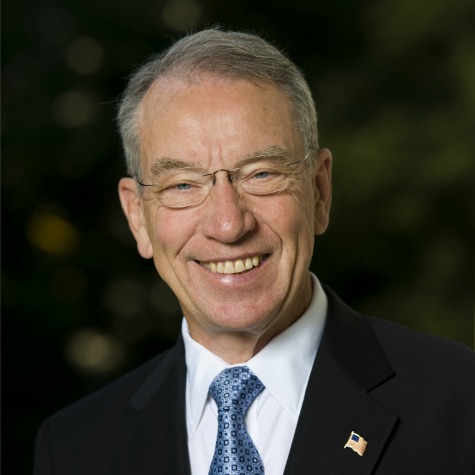 Whether he was working to amend the production tax credit's (PTC) definition or speaking out in favor of wind energy during the U.S. presidential campaign, Sen. Chuck Grassley, R-Iowa, has repeatedly found himself in the middle of efforts to extend the wind energy industry's biggest legislative priority. After all, Grassley is not known as the father of the modern-day PTC for nothing.

In an interview with NAW, Grassley said he will continue to defend wind energy against attempts to thwart or weaken its standing. Such efforts could come as early as this summer, when Congress is expected to begin tax-code reform.

Although congressional leaders will likely begin talking about a broader range of issues affecting many industries, such discussions will likely reopen the debate about the PTC and how long the wind industry will need the incentive.

‘I've always said the incentive should exist only until the industry can stand on its own and compete effectively against traditional sources,’ Grassley says. ‘That time is coming, and I believe Congress will consider options to responsibly phase out the credit, as the wind industry itself has suggested and proposed.’

The American Wind Energy Association (AWEA) has looked into phasing out the PTC and says doing so over a period of time would give the wind industry the time necessary to ramp down the tax incentive.

‘If the wind industry says they need until 2018,’ Grassley says, ‘I'm not going to argue with them.’

Meanwhile, AWEA says the PTC discussion should be part of a larger conversation on tax reform.

‘We would be happy to engage in further discussions, if and when Congress seriously engages in comprehensive, bipartisan tax reform where other industries are at the table as well," says Peter Kelley, AWEA's vice president of public affairs.

Grassley says tax reform should be made across the board in an intellectually honest way and that all industry-specific tax credits should be reviewed.

‘It's important, however, that the tax credit for wind energy – similar to the argument I made when the ethanol credit expired in 2011 – shouldn't be challenged in a vacuum that ignores all other industry-specific energy tax breaks, such as those for oil and gas," Grassley says. "What I'm saying is, let's be fair.’

As a member of the Senate since 1980, Grassley is well versed in the legislative process. He anticipates a spirited debate among oil and gas generators, environmentalists and even the media.

‘You have to look at the political considerations,’ he says. ‘What's the political opposition? What sort of compromise can we reach? What does it cost to generate electricity?’

One scenario could involve lowering the overall corporate tax rate in exchange for ending many industry-specific tax incentives.

‘It doesn't make sense to pit one domestic energy supply against another," Grassley explains. "America needs all of the above – meaning drilling for domestic oil and gas, promoting renewable and alternative energy, supporting conservation and emission-free nuclear energy – when it comes to energy. That reality should dictate an even hand from policymakers.’

Grassley recalls some of the events leading up to the tax incentive's final passage last year. When the tax credit became a wedge issue during the presidential campaign, he vigorously defended the PTC – going so far as to challenge comments made by presidential candidate Mitt Romney, a fellow Republican.

‘When Romney's people got involved,’ Grassley recalls, ‘I just thought to myself, 'What the heck is going on?'’

However, when asked if he had doubts about whether the PTC would be extended, Grassley says, ‘The only doubt I had was the unknown of so many new House members and the strong stand they were taking on spending.’

Grassley says he will continue to defend wind energy. However, there may be other battles to fight. For instance, more transmission will be needed to transport wind power from the Midwest to load centers in the East – which has the potential to spark a debate on transmission siting.

‘Perhaps that might be even more controversial,’ Grassley says.