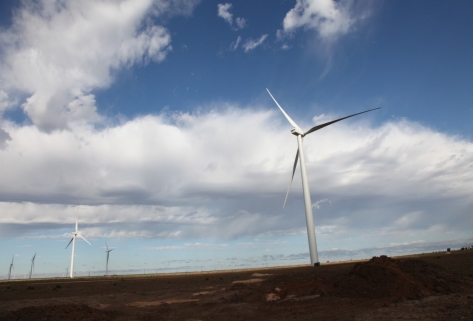 E.ON has announced that it will build the 228 MW Bruenning’s Breeze wind farm, to be situated in Willacy County, Texas.

The project will feature 76 3 MW turbines provided by Nordex, as the manufacturer recently announced. Bruenning’s Breeze is scheduled for commissioning at the end of next year.

The project, which is named after Michelle Bruenning, a member of the E.ON U.S. legal team who passed away from cancer in 2014, will be E.ON’s 22nd U.S. wind farm.

Overall, the company has installed more than 3 GW of wind power in North America. E.ON is also currently constructing the Radford’s Run Wind Farm in Illinois.