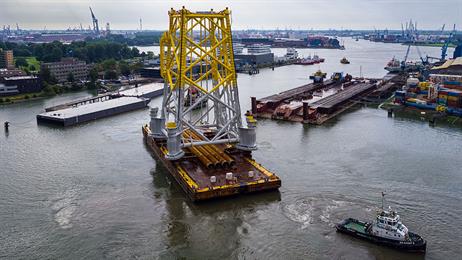 Global Infrastructure Partners III (GIP III) has entered into an agreement to acquire a 50% stake in the Borkum Riffgrund 2 Offshore Wind Farm from DONG Energy for a total consideration of approximately EUR 1.17 billion.

Borkum Riffgrund 2, currently being constructed by DONG Energy, is a 450 MW offshore wind project in the German North Sea. DONG Energy is providing a full-scope engineering, procurement and construction contract; operations and maintenance services; and a route to market for the power production.

The transaction, subject to approval by the competition authorities, is expected to be completed before year-end. To be fully commissioned in 2019, the wind farm will consist of 56 MHI Vestas V164-8.0 MW wind turbines, capable of powering more than 460,000 German households annually.

Following GIP’s acquisition of a 50% stake in the Gode Wind 1 Offshore Wind Farm in 2015 and its inauguration in June 2017, the Borkum Riffgrund 2 transaction is the second joint venture between DONG Energy and GIP.