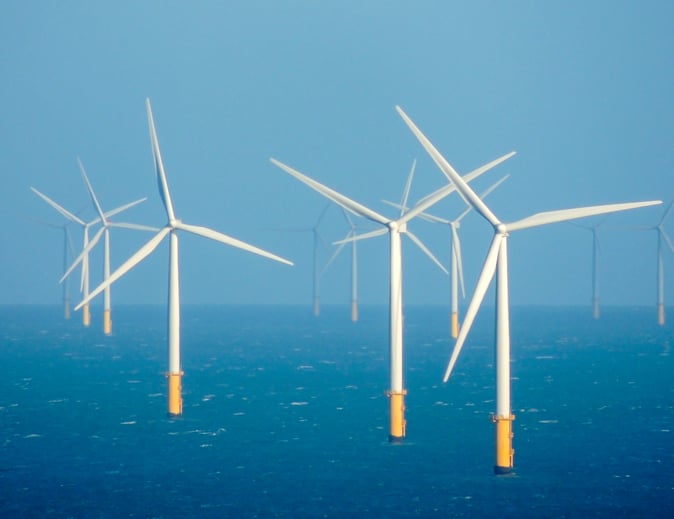 The U.S. Department of the Interior (DOI) has announced three coast-to-coast developments for offshore wind.

Speaking at the American Wind Energy Association’s (AWEA) Offshore WINDPOWER Conference 2018 on Wednesday, the DOI’s secretary, Ryan Zinke, revealed an upcoming offshore wind auction in Massachusetts, the upcoming environmental review of a Rhode Island proposal and the next steps for a California offshore wind auction.

Massachusetts
The DOI’s Bureau of Ocean Energy Management (BOEM) will hold the next offshore wind auction – to include nearly 390,000 acres offshore Massachusetts – on Dec. 13. Nineteen companies have qualified to participate in the auction for the Massachusetts Wind Energy Area.

“The Massachusetts sale has a lot of potential for both energy and economic activity,” Zinke said. “If fully developed, the wind auction could support approximately 4.1 GW of power to supply nearly 1.5 million homes. This is just one example of the importance of fostering wind energy as a new American industry.”

Rhode Island
BOEM will publish a notice of intent to prepare an environmental impact statement for the construction and operations plan of Deepwater Wind’s South Fork Wind, proposed offshore Block Island, R.I. The plan would allow construction and operation of up to 15 turbines that connect via a transmission cable to a grid in East Hampton, N.Y., the east end of Long Island. The project would be located approximately 19 miles southeast of Block Island but would serve Long Island homes. The notice will be published in the Federal Register on Oct. 19 and will have a 30-day public comment period closing on Nov. 19.

California
In what could result in the first West Coast offshore wind auction, BOEM will publish a call for information and nominations to identify companies interested in commercial wind energy leases within three proposed areas off central and northern California. This is the first step toward offering a location for wind leasing, says the DOI.

The three call areas include 85 whole Outer Continental Shelf blocks and 573 partial blocks and together comprise approximately 1,073 square miles (687,823 acres). The call will be published in the Federal Register on Oct. 19 and will have a 100-day public comment period closing on Jan. 27, 2019.

“Working together with states, fishermen and the energy industry, we are making offshore wind a reality, and these three historic announcements are proof,” added Zinke.