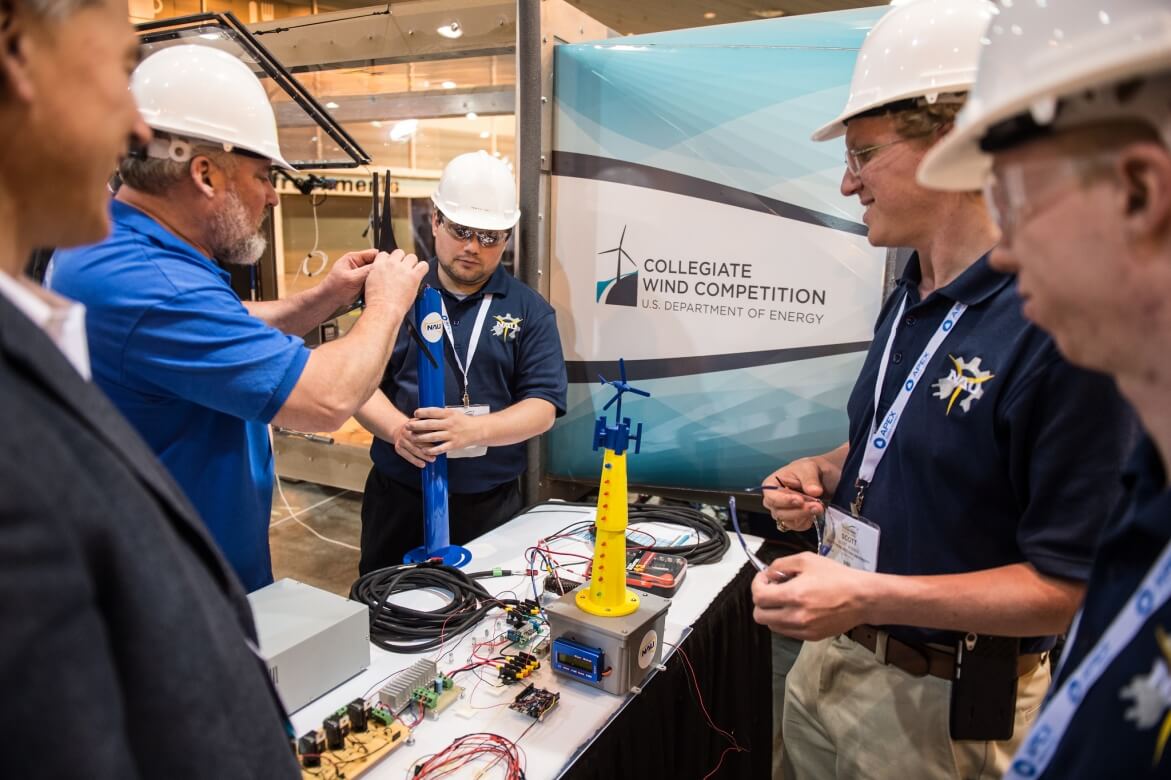 The U.S. Department of Energy (DOE) has announced the 12 collegiate teams chosen to participate in the third Collegiate Wind Competition, taking place at next year’s American Wind Energy Association’s (AWEA) WINDPOWER Conference and Exhibition in Chicago.

The competition, led by the DOE’s National Renewable Energy Laboratory, challenges undergraduate students to design and build a model wind turbine based on market research and siting considerations, develop a business plan to market the products, and test the turbines against a set of performance criteria judged by a panel of wind stakeholders.

This year, four new schools are competing, along with eight returning teams from either the 2014 and 2016 competitions. The 12 universities selected to participate in the Collegiate Wind Competition 2018 are as follows: