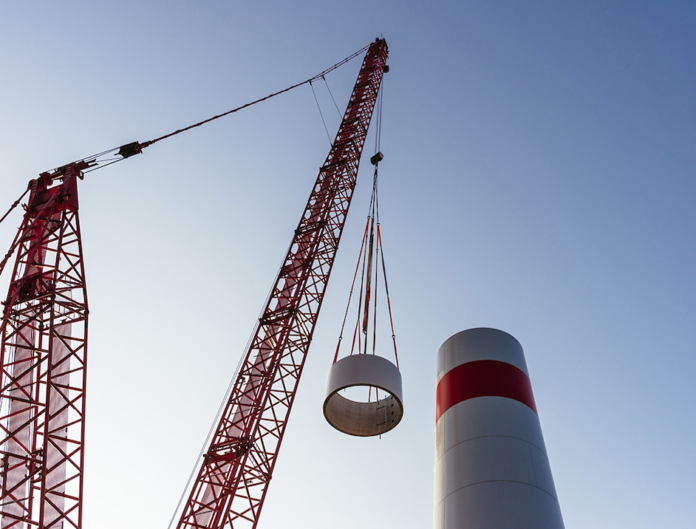 Europe invested €43 billion in new wind farms in 2020, the second highest annual amount on record. These investments cover 20 GW of new capacity that will be built in the coming years – 13 GW of it in the EU – but much more is needed in order for Europe to meet its 2030 climate and energy goals.

According to WindEurope, the EU needs to build 27 GW of new wind energy a year to deliver its new 55% emission reduction target. The main problem is the slow rate of permitting new wind farms. Financing is available, but not enough new projects are coming through.

“Wind energy remained an attractive investment despite the pandemic,” says Giles Dickson, CEO of WindEurope. “Given the right revenue stabilization mechanisms are in place, there is plenty of capital available to finance wind. This confirms wind energy is perfectly positioned to support Europe’s economic recovery from COVID. Each new turbine generates €10 million of economic activity in Europe. The expansion of wind energy envisaged in [the EU’s] national energy and climate plans can create 150,000 new jobs by 2030.”

The U.K. accounted for €13 billion of the €43 billion of investments. The Netherlands was next with €8 billion – then France (€6.5 billion) and Germany (€4.3 billion). Germany and France invested the most in onshore wind. France also financed its second and third offshore wind farms. Turkey was the fifth biggest investor with €1.6 billion, Poland sixth with €1.6 billion

Permitting remains the main bottleneck. Permitting rules and procedures are too complex which delays projects and adds costs – and results in fewer projects being developed. Additionally, there are not enough staff in the permitting authorities to process the applications, not even the existing volumes let alone the higher volumes needed for Europe to reach its climate and energy goals.

Wind farms continue to be financed with 70-90% debt and 10-30% equity. Bank finance remains crucial and more and more of it is project-specific rather than corporate debt, especially in offshore wind. The bigger wind farms are increasingly being turned into business entities with their own management teams and financial reporting, capable of raising debt on their own. Banks lent a record €21 billion of non-recourse debt to new wind farms in 2020.