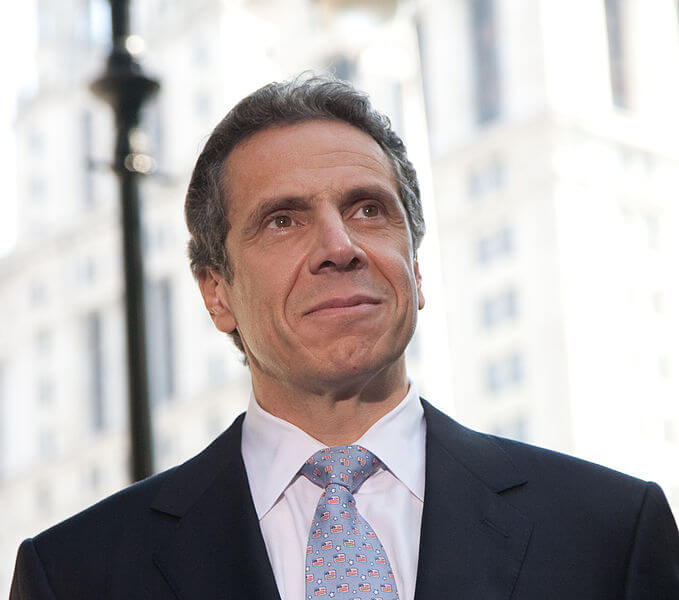 In his 2019 State of the State address on Tuesday, New York Gov. Andrew M. Cuomo laid out ambitious new renewable energy goals for the state, including quadrupling its offshore wind target and doubling distributed solar deployment.

As part of a Green New Deal, Cuomo proposed a mandate of 100% carbon-free electricity in New York by 2040, which, according to the newly re-elected governor, is the most aggressive goal of its kind in the U.S. For comparison, California has a goal of 100% clean energy by 2045. The foundation of New York’s 100% goal is upping the state’s Clean Energy Standard (CES) from 50% to 70% renewable energy by 2030.

“Let us set the goal: 100 percent clean power by 2040,” the governor said in his speech. “Highest in the United States of America.”

As described in the State of the State’s Social, Economic and Racial Justice Agenda, this “globally unprecedented ramp-up” of renewables under the goal will include as follows:

Further, the governor is directing the New York State Energy Research and Development Authority, in concert with the Department of Public Service, to “expand and enhance” the Solar For All program and couple it with “energy-saving opportunities.”

Liz Burdock, president and CEO of the Business Network for Offshore Wind, says the bold new offshore wind goal “sends a clear message to the industry that New York is taking a leadership position in the U.S. offshore wind market.”

Also applauding the offshore wind target is Collin O’Mara, the National Wildlife Federation’s CEO, who notes that the governor “has boldly raised the bar in America’s pursuit of the transformational clean energy opportunity blowing in the winds offshore — and substantial local investments and job creation will follow.”

The Solar Energy Industries Association (SEIA) is commending Cuomo for his announcement to double distributed solar deployment (under the NY Sun initiative) and launching a new round of awards.

“Together, these groundbreaking investments in solar energy will create thousands of jobs, generate billions of dollars in investment, and bring clean and affordable energy to the residents of New York state,” she continues. “We look forward to working with the governor’s office and the legislature to bring New Yorkers all the benefits that solar has to offer.”

Calling the decision to double distributed solar deployment a “huge and immediate victory for New York families and businesses,” Sean Garren, senior Northeast director at Vote Solar, says, “Achieving an equitable clean energy economy will only happen when all New Yorkers, including low-income families and disadvantaged communities, benefit from the clean energy transition, and we will continue pushing lawmakers and working with allies on the frontlines of this movement to ensure that the transition to clean energy serves all New Yorkers.”