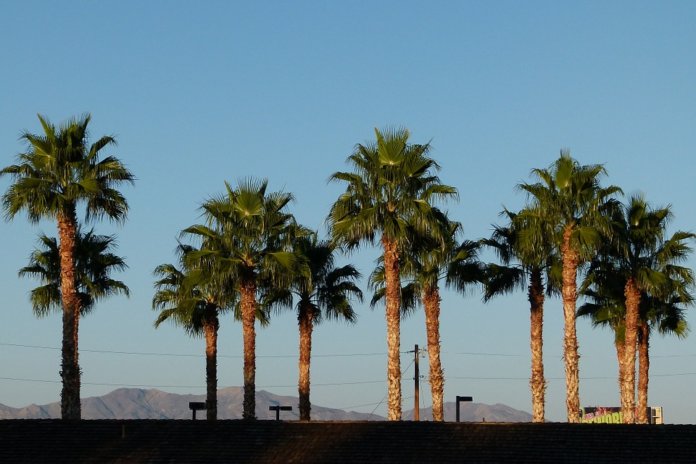 A new report from the California Public Utilities Commission (CPUC) finds that the state’s utilities are continuing to be ahead of their renewable energy goals.

The CPUC says its renewable portfolio standard (RPS) program – one of the most ambitious in the country – not only remains ahead of target, but it is helping to drive down renewable contract prices.

The state’s RPS requires investor-owned utilities, electric service providers and community choice aggregators to procure 33% of retail sales per year from eligible renewable sources by 2020 and 60% by 2030. In addition, on Sept. 10, S.B.100 was signed by Gov. Jerry Brown, setting a target goal of a 100% carbon-free electric grid by 2045.

As of 2018, according to the CPUC’s report, the large investor-owned utilities have executed renewable electricity contracts necessary to meet the 33% RPS requirement by 2020 and, in addition, forecast reaching 50% by 2020. The small and multi-jurisdictional utilities, community choice aggregators, and electric service providers report compliance with current RPS targets and forecast that they will meet the future RPS requirement in 2020 with additional procurement.

The average forecasted RPS percentages for the retail sellers are as follows:

Further, the regulator explains, the RPS program has helped achieve large reductions in costs for renewable electricity. Contract prices for RPS-eligible energy dropped an average of 9.5% per year between 2007 and 2015. In 2017, the trend of falling contract costs continued and reached a historic low average price of $47/MWh, the report says.

As for the mix of renewable energy, the CPUC says the large investor-owned utilities have procured diverse renewable energy sources, including solar PV and thermal, wind, geothermal, biopower, and small hydro: 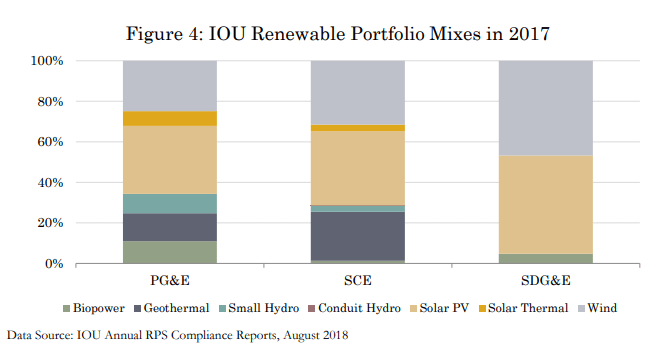 On the other hand, apart from PacifiCorp, the mix of renewable energy sources for the small and multi-jurisdictional utilities are not as diverse, according to the report: 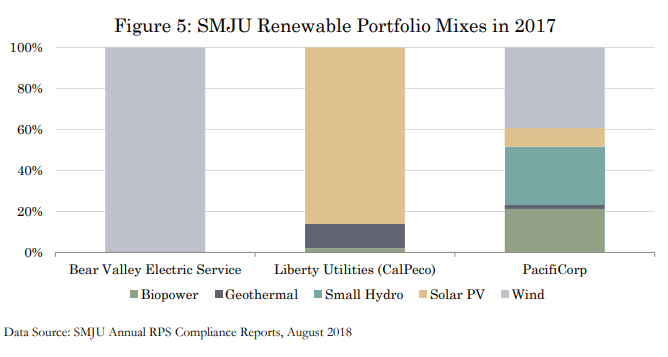 In addition, the CPUC offers the following statistics for the community choice aggregators:

“California continues on its path to a 100 percent clean energy future,” says Martha Guzman Aceves, CPUC commissioner. “The RPS program has exceeded this year’s energy targets, proving that this transition can be accelerated in an achievable and cost-effective manner.”

The full CPUC report can be found here.