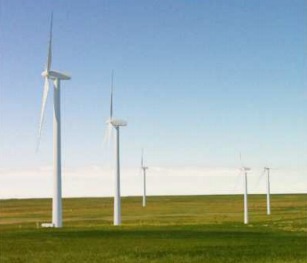 Capital Power, a Canadian energy company, says it has begun construction of the 178 MW Bloom Wind project in Kansas.

According to Capital Power, the wind farm will consist of 54 Vestas V117-3.3 MW turbines and is located on 15,000 acres of privately owned land approximately 20 miles south of Dodge City in Ford and Clark counties.

The company states that the project lands are located within one of the strongest wind areas in the U.S., with an average wind speed of over 9 m/s.

The energy company notes that the project will interconnect at the 345 kV Clark County substation.

Capital Power will operate Bloom Wind under a 10-year, fixed-price contract with Allianz Risk Transfer, a subsidiary of Allianz SE, covering 100% of the project’s output.

Commercial operation of the facility is expected in the third quarter of 2017.