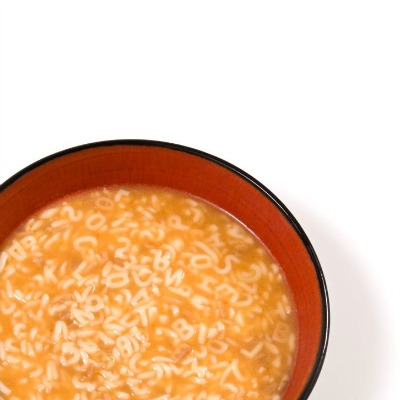 Congress recently provided the wind industry fodder for speculation regarding the future of renewable energy tax incentives. Below is a discussion of the modified accelerated cost recovery system (MACRS) depreciation news, followed by a discussion of the future of production tax credits (PTCs) and the possibility of extending master limited partnership (MLP) status to renewable energy projects.

First, Sen. Max Baucus, D-Mont., who chairs the Finance Committee, released his outline of corporate tax reform. His proposal is intended to achieve a lower corporate tax rate (the exact rate remains to be specified) but sacrifice MACRS.

Under the proposal, a wind farm would be depreciated 5% a year using a declining balance calculation, meaning 5% in the first year, 4.75% (i.e., 5% of 95%) in the second, and so on. This is drastically less accelerated than the current depreciation over five years, using a 200% declining balance. Further, as compared to the 50% "bonus" depreciation that is available for projects in service this year, it is a drop in the bucket.

The value of MACRS in a wind tax equity transaction varies between 10% and 30% of the tax equity investor's economics. (The range is due to the varying cost of funds of different investors and varying tax appetite assumptions.) Sen. Baucus' proposed depreciation methodology would wipe out that benefit.

In an apparent effort to avoid triggering heart attacks throughout the industry, the senator's proposal has a reference to "considering improving and making permanent the energy tax credits set to expire in 2013." The statement appears to be referring to the PTC. (The 30% investment tax credit (ITC) for solar does not expire until the end of 2016, but it would be surprising if the proposal only addressed PTCs.)

The wind industry must wait until Baucus releases the summary of tax reform provisions related to energy to know what the senator has in store for the PTC.

The likelihood that the proposal to expand MLP rules to include renewable energy projects as part of tax reform increased when the Joint Committee on Taxation "scored" the proposal in the Master Limited Partnership Parity Act (S.795) as costing a modest $1.3 billion over the 10-year scoring period.

In the context of tax reform, $1.3 billion is a low amount. For instance, replacing MACRS raises an estimated $500 billion. Further, the last time the PTC was extended for just one more year, it was scored as costing $12 billion. Thus, the MLP expansion is little more than a rounding error in tax reform.

The benefit of MLP status is being able to raise equity from the public while only incurring a single layer of tax. That tax is imposed at the unit holder level only. Under current law, MLPs cannot effectively pass-through tax credits or tax deductions (e.g., depreciation) in excess of their income to individual investors, and no proposal has been introduced to modify those limitations.

Therefore, the proposed MLP change does not eliminate the need for tax equity investors or address the shortage thereof. What the MLP change would do is permit "sponsor" equity to be raised from retail investors and create a secondary market for projects that are beyond the tax credit period.

The MLP legislation has bi-partisan support. Besides Sen. Chris Coons, D-Del., who reintroduced the bill in April, supporters include Sens. Mary Landrieu, D-La., and Debbie Stabenow, D-Mich. On the Republican side, supporters include Susan Collins, R-Maine, Jerry Moran, R-Kan., and Lisa Murkowski, R-Alaska.

A similar bill was introduced in the House in August by Rep. Mike Thompson, D-Calif., and was co-sponsored by 18 other Democratic House members. In addition, the White House appears to support the proposal.

The MLP expansion also has some odd allies when it comes to trade associations. For example, the proposal has been endorsed by the American Petroleum Institute (API). There are two potential rationales for that support. The first is that API may believe that the MLP rules are less likely to be a sacrificial lamb in the tax reform process if the renewables industry is also a beneficiary of the rules. The second is that API may hope to couch the expansion of the MLP rules as a trade for allowing the PTC and ITC to expire.

For that reason, the support from the renewable energy trade associations has been somewhat tepid. They would like to see the MLP rules expanded but not at the expense of tax credits. The financial benefit of the MLP rule expansion is a fraction of the value of the tax credits.

There has not been an analysis prepared yet that compares the value of the MLP expansion to the value of MACRS.

However, if Baucus carries through on the suggestion that he would improve and make permanent the PTC and that is combined with an expansion of the MLP rules, it would constitute a proposal that would merit careful analysis by the wind industry. It would be a novel experience for wind developers to be able to make long-term plans that do not have to account for the possibility that the PTC may lapse.