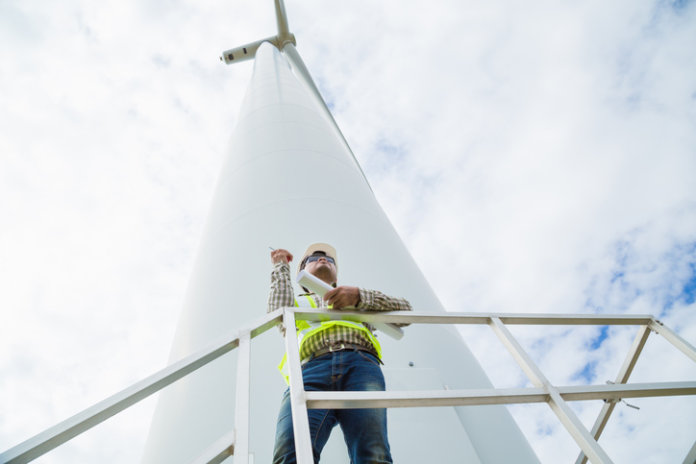 Employing a total of 109,226 workers, Massachusetts’ clean energy sector grew by 4% between 2016 and 2017, according to the new “Clean Energy Industry Report” from the Massachusetts Clean Energy Center (MassCEC).

Since 2010, according to MassCEC’s figures, the number of clean energy jobs in the state has increased by a whopping 81%. The report defines clean energy jobs as those in renewable energy; energy efficiency, demand management, and clean heating and cooling; alternative transportation; and other.

The data for the report was collected from July 2016 through July 2017. In total, 71% of all clean energy jobs came from energy efficiency, as well as demand management and clean heating and cooling, but renewable energy created the most jobs over this period, growing by 5.6%. In total, 4,014 clean energy jobs were added.

Furthermore, according to the newest figures, 65% of the state’s renewables workforce is concentrated in the research, manufacturing, trade or deployment of solar technologies; 12% are wind energy workers; and 23% work with other renewable technology, such as hydropower and bioenergy.

The solar workforce grew by 22% between 2015 and 2016 and by 4% between 2016 and 2017, resulting in about 4,000 new jobs in two years, according to the report, which attributes the slowdown to “industry maturation and restructuring.” Wind technologies now employ about 3,400 workers, representing 800 more compared with 2015 and 100 more compared with 2016. However, the wind sector is “gearing up to see more activity,” particularly in light of future offshore wind development.

“This year’s Clean Energy Industry Report demonstrates that Massachusetts continues to host a thriving clean energy sector that supports the commonwealth’s position as a national leader on innovation and climate action,” says Gov. Charlie Baker, R-Mass. “The sector is responsible for significant job growth over recent years, and we look forward to continuing our work to support innovative clean energy employers across Massachusetts in 2018.”

“The clean energy industry remains a vibrant sector in Massachusetts’ innovation ecosystem,” says Stephen Pike, CEO of MassCEC. “The synergy between the commonwealth’s universities, entrepreneurs, nonprofits and businesses is fostering innovation within the industry, as well as energy solutions and savings for residents across the state.”

Additional findings from the report include strong pay for clean energy workers, with more than 68% of workers earning more than $50,000 annually, compared with a median wage of $40,557 for all jobs across Massachusetts. Furthermore, the innovation sector continued to see strong results, as funding for early-stage research and demonstration reached roughly $582.7 million between 2010 to 2016. In addition, the state’s clean energy manufacturing sector grew steadily in 2017 at 8.6%, now employing 17,079 workers in the commonwealth, according to the report.

MassCEC recently released a report, the Massachusetts Offshore Wind Ports and Infrastructure Assessment, to help the offshore wind industry evaluate locations around the state that could be redeveloped for offshore wind projects. Additionally, the Baker-Polito administration recently announced awards for energy storage, funding $20 million for 26 projects across the state, and dedicated approximately $13.5 million to increasing statewide access to clean energy technologies for Massachusetts’ low- and moderate-income residents. MassCEC notes it has also continued its successful internship program, which has served 372 companies employing 2,522 students, resulting in over 430 full- or part-time hires since 2011.

“The clean energy industry is a fantastic job creator and a great tool to fight the unfortunate realities of climate change,” comments State Senate President Harriette L. Chandler, D-Worcester. “From the Berkshires to Boston, the clean energy industry represents and serves every resident in the commonwealth. The industry’s growth is a positive force for change.”

“The clean energy industry’s continued growth over the last seven years shows that it has become a cornerstone of the Massachusetts economy,” adds Peter Rothstein, Northeast Clean Energy Council president. “As we see increasingly mature segments of the industry – such as solar, wind and efficiency – continue to flourish here, there are also significant growth opportunities in newer segments such as energy storage, offshore wind, clean transportation and grid modernization that will contribute to greater economic and job opportunities while also providing solutions to address the commonwealth’s transition to a clean energy economy.”