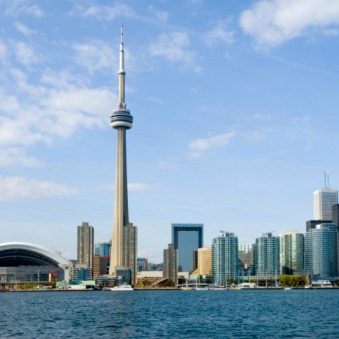 Ontario's wind energy capacity has grown dramatically over the past five years. Despite this success, the province's wind power market has been plagued by myths and misperceptions, which, if left unchallenged, will prevent the further growth of wind energy in the province, Robert Hornung, president of the Canadian Wind Energy Association (CanWEA), said during the opening session of CanWEA's 28th Annual Conference and Exhibition, which is being held this week in Toronto.

‘The opposition has made wind a political issue, and we need to respond to it,’ Hornung told attendees. He added that wind power opponents are controlling the message in Ontario – communication that he said should be coming from the wind industry.

According to CanWEA, Ontario will have more than 2 GW of total installed wind power capacity by the end of the year, which includes the addition of 54 MW of new projects. The paucity of installed capacity is a result of a longer permitting and regulatory approvals process for Ontario's feed-in tariff (FIT) program.

While the FIT approval process has taken longer than anyone expected, the bottlenecks of wind projects will likely be released in 2013, making for a ‘banner year’ in Ontario, Hornung said. In fact, there are more wind turbines contracted in Ontario than are currently operating, he pointed out, adding that many of the wind projects are nearing the completion of the approvals process.

According to Hornung, the wind industry anticipates an update relating to FIT 2.0 sometime next spring.

Considering the multitude of projects scheduled to come online next year – and in the coming years – the wind industry needs to step up its role in the so-called ‘social acceptance’ of wind, Hornung told attendees.

‘We need to do a better job in telling our story,’ he stressed. ‘To realize our full potential, we need to work together. We need to roll up our sleeves and do the hard work."

Educating the public and working with stakeholders is CanWEA's No. 1 strategic priority for the next three years, Hornung said.

1. Stay well-informed. ‘Opponents say wind energy is costly,’ Hornung noted. However, according to a report from the Ontario Energy Board, 45% of the rise in Ontario electricity prices can be tied to the building of nuclear units, while only 6% of the increased cost can be attributed to wind energy. ‘Nonetheless, the perception persists," Hornung said.

2. Know the facts. "Wind energy has also been attacked [by opponents who claim] that it affects human health,’ Hornung said. In fact, opponents are asking for wind turbine setbacks of 2 km; however, ‘there are 10,000 people that currently have homes inside the 2 km range that have positive experiences," Hornung noted.

3. Be a good guest. ‘Successful projects need to have broad-based support," so developers should invest more time on the front end of the process, Hornung noted, adding that "wind projects in Ontario can never assume community support.’

However, Ontario's leadership will remain a deciding factor in its wind power future. Ontario Premier Dalton McGuinty – a renewable energy proponent and one of the key architects of the Green Energy Act – resigned abruptly Monday night, leading many to question the future of Ontario's wind energy industry.