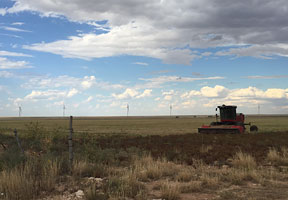 “This investment is a significant first step for us in the U.S. market, and with the renewal of the production tax credit legislation, we hope to be making further investments in the near and medium term,” explains David Jones, head of renewables at Allianz Capital Partners.

Todd Karas, head of renewable energy finance at BofA Merrill Lynch, adds, “Bank of America Merrill Lynch is pleased to partner with both Allianz Capital Partners in its first U.S. wind power tax equity investment and with EDF Renewable Energy on this important wind power development in New Mexico. We believe the financial services sector is in a unique position to help and provide the much-needed capital and financing to accelerate a low-carbon economy.”