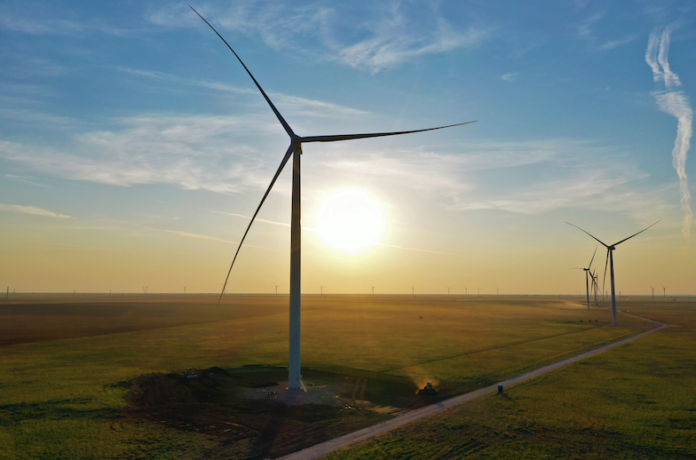 The Sagamore Wind Project, located in Roosevelt County, N.M., has been completed and is expected to save Xcel Energy’s New Mexico and Texas customers $110 million annually.

“This is a major accomplishment not only for Xcel Energy but also for Roosevelt County and New Mexico,” says David Hudson, president of Xcel Energy New Mexico and Texas. “The benefits of this clean energy resource will be apparent for decades to come.”

Xcel Energy invested more than $900 million in Sagamore, which will be in service before the end of the month. The facility was constructed by Wanzek Construction on more than 100,000 acres of crop and rangeland in east-central Roosevelt County near the community of Dora, 17 miles south of Portales.

A workforce that peaked at around 500 workers built Sagamore starting in December 2019 and approximately 25 full-time positions have been created to operate and maintain the facility going forward.

Tax revenues and landowner payments generated by Sagamore will provide more than $234 million in local and state benefits over the 25-year life of the wind plant, providing a major economic boost and further developing New Mexico’s expanding clean energy economy.

Additional information on the Sagamore Wind Project can be found, here.